Westminster Diary - In memory of His Royal Highness Prince Philip 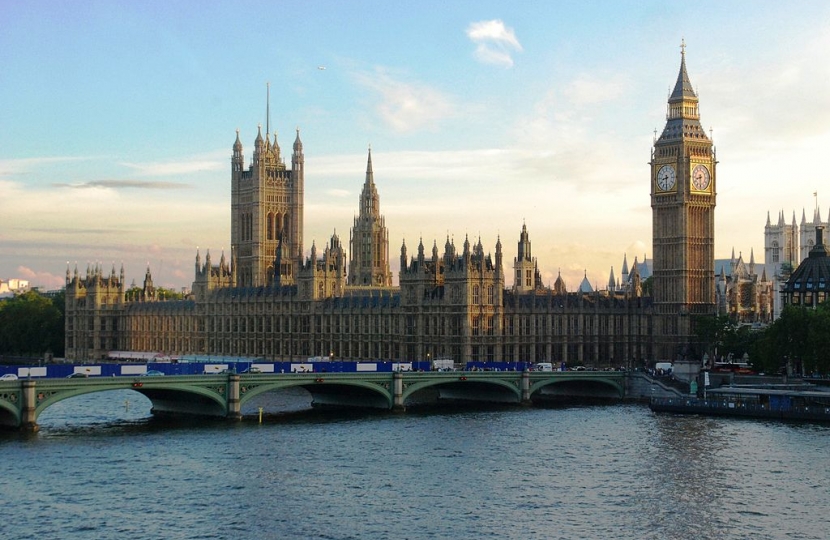 Last week we heard the sad news that HRH the Duke of Edinburgh had passed away at the age of 99. For me, and for the vast majority of local residents, Prince Philip has been a constant presence at the side of Her Majesty the Queen, to whom he has provided a lifetime of unwavering support.

On Monday, Parliament was officially recalled to pay tribute to the Duke of Edinburgh ahead of the expected return on Tuesday 13 April. During the debate, led by the Prime Minister, many Members from all sides of the House spoke about their meetings with Prince Philip and the great impact his life and service has had on our country.

I remember the time that I met Prince Philip in 2013, when I was invited to Buckingham Palace. As my wife and I were introduced to the Duke, he commented first that he did not understand why anyone would ever want to be an MP. Then, looking at my wife, he said how difficult life must be for their partners, and my wife took great comfort from his supportive words.

During the debate, I was able to speak about the visit of the Queen and Prince Philip to Rugby in 1967, where they were met with a crowd of 5,000 lining the streets outside Rugby station. During their visit they travelled to Rugby’s largest employer of the time, English Electric – a visit that I am sure the Duke of Edinburgh, with his well-known love of engineering and innovation, would have taken great pleasure in. Indeed, one account of the visit tells that at one stage, Prince Philip mysteriously disappeared and – despite the great consternation of the tour directors – was later found chatting to workers in the canteen, which was very much in his character.

The Queen and the Duke of Edinburgh also visited Rugby School, which at that time was celebrating its 400th anniversary. The Queen opened the gates on Barby Road, where visitors pass through to see the tablet that commemorates the exploits of William Webb Ellis in his creation of the game of rugby. The game is connected to perhaps one of the most lasting legacies of Prince Philip - the Duke of Edinburgh Awards. Thousands of young people have taken part in this through the links the awards have with rugby football clubs, and I am sure that thousands more will continue to do so for years to come. The programme encourages skills for life and work such as confidence, commitment and teamworking—values very much at the heart of the game of rugby.

Local residents can sign the virtual book of condolence set up by Rugby Borough Council, and I know that many have already laid flowers in Caldecott Park. The people of Rugby will express their thanks for the life of Prince Philip, the Duke of Edinburgh, at a special service in our parish church, St Andrew’s, this coming Sunday. It is a great regret that the current restrictions will limit the numbers who are able to attend, but I know that the deep affection in which he is held would result in the church being filled many times over.