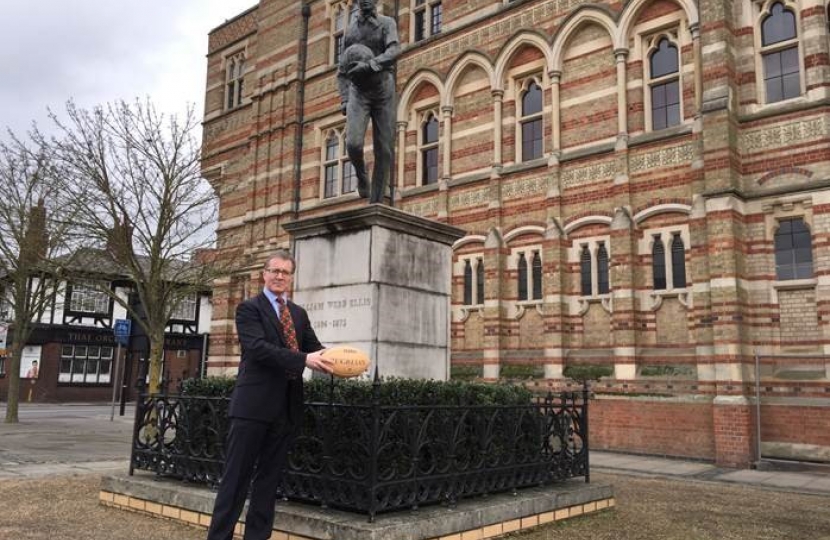 The town of Rugby is most famous for the invention of rugby football, which is played throughout the world. The invention of the game is credited to William Webb Ellis who picked up the ball in a game of football and ran with it in 1823 at Rugby School. Both a legend and a new sport were born.

Although William Webb Ellis' actions would cement Rugby's place on the map the town was already well known as it boasted one of the country's oldest and most prestigious public schools. Rugby School provided the setting for Thomas Hughes' novel, Tom Brown's Schooldays.

Rugby is also the birthplace of the jet engine. In April 1937 Frank Whittle built the world's first prototype jet engine at the British Thomson-Houston works in Rugby and was based at Brownsover Hall, where he designed and developed early prototype engines.

The village of Bulkington is also part of the Rugby constituency. It is located in the northern part of the constituency and is a vibrant rural community. Although it is a part of Nuneaton and Bedworth Borough Council rather than Rugby Borough Council, I have worked hard to ensure that I provide a strong voice both in the local area and in Westminster.

I am active in and around Bulkington and have strong family links with the village. I visit the village all year round, asking local people what matters most to them and their families and have been involved in many local campaigns, including helping to set up a much needed pedestrian crossing for Bulkington Village Centre.

I also hold a regular Advice Surgeries in Bulkington to help any local residents with concerns they have. This is held every second Saturday of the month in Bulkington Village Centre.