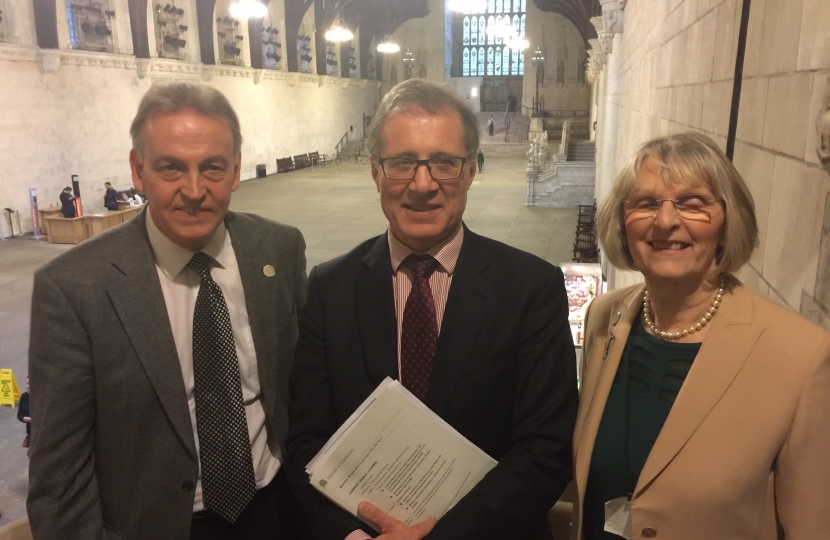 This week I joined many other Members of Parliament in a packed Westminster Hall to debate Brain Tumour Research. Many readers will know that this debate was called following the incredible efforts of a local family, the Realfs, who have campaigned tirelessly to raise awareness of this issue in memory of their beloved son and brother, Stephen.

It was a great privilege to be able to speak in the debate this week in order to raise awareness of brain cancer research and to pay tribute to the determined work of this inspiring Rugby family.

I had the pleasure of meeting Stephen, and his father Peter, not long after becoming Rugby’s MP in 2010. Stephen, who wanted to be a pilot in the RAF, tragically lost his life in August 2014 as a result of a brain tumour. He was only 26 years old. Last year Stephen’s family started an e-petition calling for additional funding for brain tumour research. The e-petition gathered over 120,000 signatures and has put this issue firmly on the Parliamentary agenda.

Stephen’s sister, Maria Lester, was instrumental in setting up the petition calling for more research. As many people are now aware brain cancers kill more children and adults under 40 than any other cancer. However, only 1% of research spending on cancer is allocated to brain cancers, which have a 5-year survival rate of less than 20%, when many other forms of cancer have seen significant progress over the past 30 years.

I am proud that my constituents have played such an important role in raising awareness of this condition, both in Parliament and across the country, and that I was able to play my part in helping raise awareness of this vital issue.