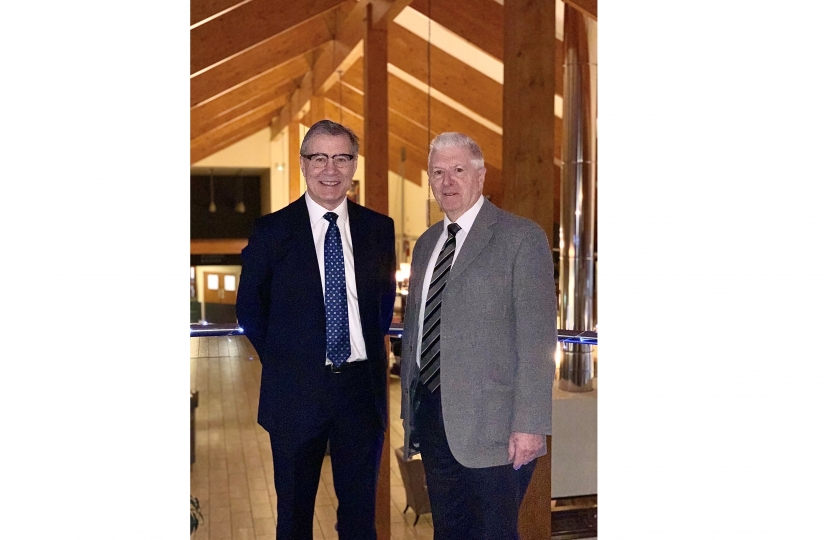 Rugby’s economy is growing much faster than the national average, a key business meeting has been told.

The Coventry and Warwickshire Chamber of Commerce’s Rugby branch met at the Draycote Hotel and as well as being an opportunity for local companies to raise concerns, it also heard from Mark Pawsey MP and Sunny Parekh, senior economist at Warwickshire County Council.

Sunny told the meeting that Rugby was the third largest economy in Warwickshire and that it contributed 18 per cent of economic activity to the county as a whole.

Businesses heard how the borough’s economy had grown by 30 per cent since 2009 which was faster than the national average and how its performance across measures such as business start-ups and employment were ‘bucking the trend’.

Sunny said: “Across a number of key indicators, it is a very positive, bright picture for Rugby and the surrounding borough.

“In many areas, Rugby’s growth is bucking the national trend. On a regional basis, it makes up 44 per cent of the total of Warwickshire’s transport and logistics sector but it is also seeing strong growth in other sectors too, such as manufacturing and engineering.”

He said: “It is great to hear that the Borough is performing so strongly on a range of measures but it comes as no surprise to me when you consider what a great place this is to do business.

“As well as the positives, it was good to hear from businesses and from the Chamber around some of the areas where companies believe the Government can do more to unlock growth potential.

“I will be feeding some of that back and, also, look forward to the Chancellor’s first Budget in March.”

Peter Burns, a past president of the Chamber, chaired the meeting and said there are exciting times ahead for Rugby.

He said: “There is a very positive outlook for Rugby and that was reflected at the branch meeting.

“The Chamber will always speak up on behalf of companies across the area and it’s great to be able to have our voice heard by our MPs and the local authorities.”