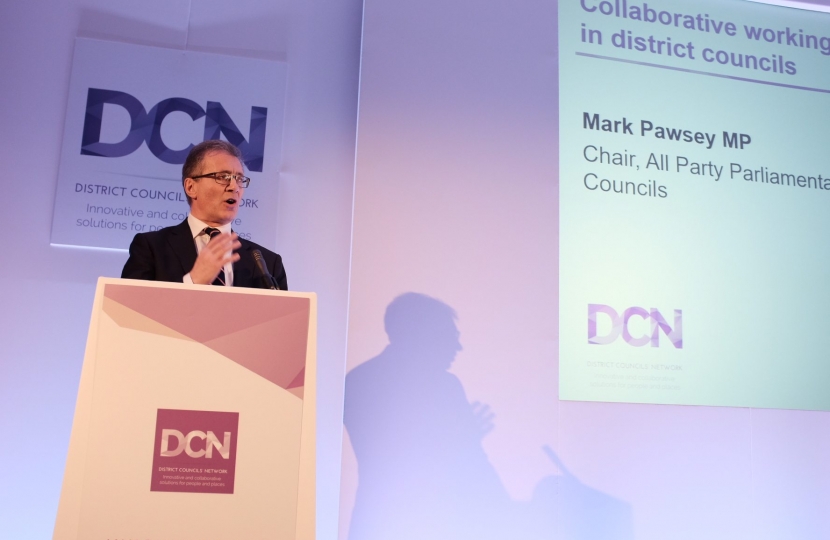 Rugby’s Member of Parliament, Mark Pawsey, has been chosen to be a Vice-Chair of the Local Government Association (LGA), which acts as the national voice of local government.

The LGA is made up of 415 local authorities including district and county councils such as Rugby Borough Council and Warwickshire County Council, as well as fire authorities, national parks and police and crime commissioners. Vice-Presidents of the LGA are drawn from MPs and Peers from all political parties working on a cross-party basis to ensure that the concerns of local government are heard in the national conversation, as well as supporting councillors and council officers to deliver services throughout the country.

With local government having such a significant effect on people’s lives, the LGA has published a number of priorities for the coming year. These include preparing for Britain’s departure from the European Union, improving access to adult social care and investing in jobs and housing.

“Having served as a Rugby Borough Councillor and founded the All-Party Parliamentary Group for District Councils, I am keenly aware of the vital job that local government plays each and every day for local residents. I am delighted to have been chosen to be a Vice-President of the Local Government Association for 2018-19 and I look forward to being able to use this role to continue to stand up for local authorities.”

“The LGA plays an important role in bringing together councillors, Members of Parliament and the wider institutions of local government to speak with a single voice on some of the most important issues facing residents. By working together, we can help to shape future policy and ensure that local government – which plays a crucial but often underappreciated part throughout our communities – receives the resources they need to thrive in the coming years."