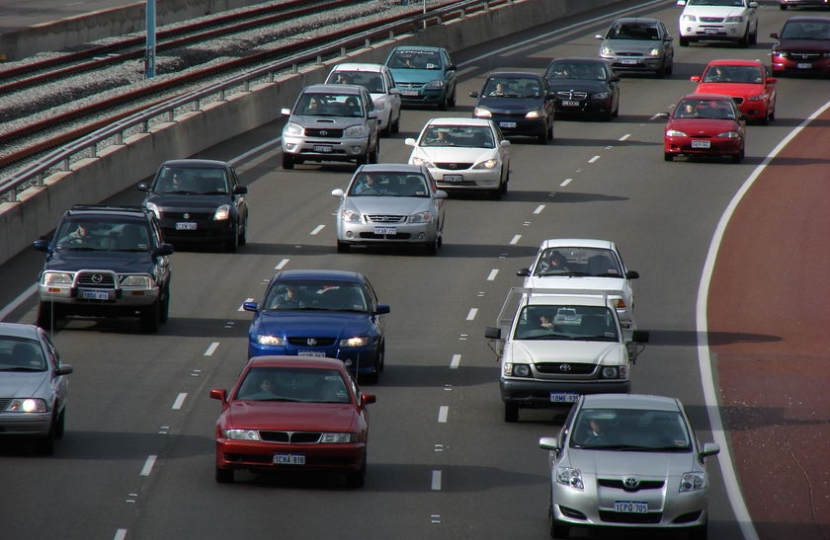 Average motor insurance premiums have already fallen by more than 12 per cent over the past year, equivalent to a £80 reduction on an average policy, because of Conservative action to cut excessive lawyers’ fees and to ban the ‘referral fees’ which helped create a ‘compensation culture.’

Commenting, local MP Mark Pawsey said: ‘Conservatives have already helped hardworking people by cutting income tax for 25 million, freezing council tax and helping with tax-free childcare. Petrol is now 13p per litre cheaper now than it would have been because Conservatives have cancelled the rises in fuel duty which Labour had planned. But there is more that can still be done.

‘That’s why I welcome this new package of measures to keep insurance premiums low, freeze the cost of a MOT test and make it easier to get cheaper petrol on the motorway. We are on the side of people who work hard and want to get on and these changes will make things easier for motorists in Rugby.

‘We are turning the tide on the compensation culture and helping hardworking people by tackling high insurance premiums and other motoring costs.

‘The costs of owning and running a car are felt by millions of households and businesses across the nation. The Government is determined to help keep those costs down. That is why we are freezing the price for an MOT test and looking again at the costs associated with getting a driving licence.’

• Targeting bogus insurance claims which force up premiums for everyone. Whiplash cheats, whose bogus compensation claims have helped to force up average motor insurance premiums, will be targeted from next year by new independent medical panels which will ensure only evidence from accredited professionals can be considered (Ministry of Justice Press Release, 23 October 2013, link).

• Freezing the MOT test price. The statutory maximum price of the MOT test for a car will be frozen at £54.85 until 2015 – potentially saving up to £50m for drivers every year.

• Action on high motorway fuel prices. New comparison road signs will be trialled which will show prices at different service stations along a route, making it easier for drivers to get the cheapest deal and encouraging competition on prices.

• Cutting the cost of a driving test. The fees charged for the driving test will be reviewed, including the current £31 for the theory test, £62 for the practical test and £50 fee for the provisional licence, to identify any opportunity to save money for the 1.5m car drivers who take their test every year.