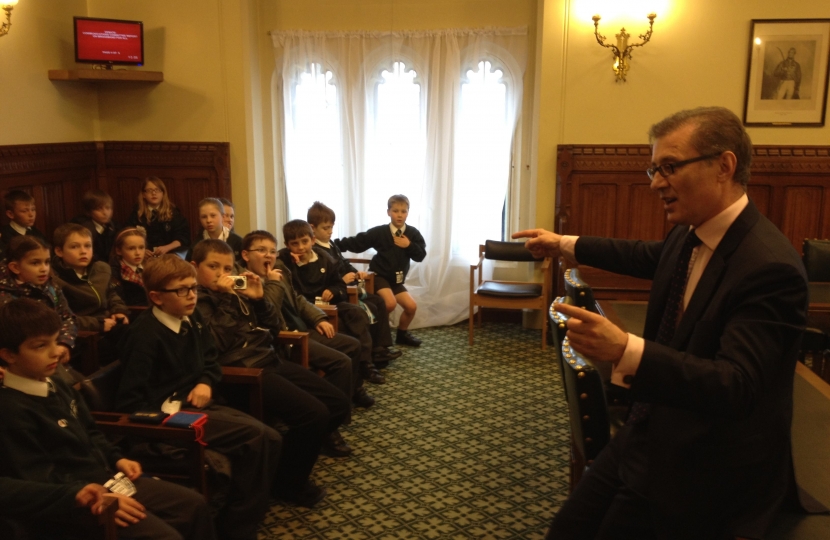 Mark Pawsey MP has welcomed the news that the Government has announced an extra £2.35 billion to create more school places. This is in addition to the £5 billion that is already being spent in this parliament. This means that between 2014 and 2017 schools in Warwickshire will receive £3,465,289. This is part of the Government’s long-term plan to give every young person the opportunity to fulfil their potential.

It is the first time that councils have had 3-year allocations of funding to spend on school places, so Warwickshire County Council can plan ahead and ensure every child has a school place. This Government has already created 260,000 new school places and this announcement means thousands more are on the way.

“When the last Government was in power it ignored the fact that this country needed thousands more school places in the coming years, and did nothing to prepare.”

“It is great news for young people in Rugby that this Government has found billions of pounds of extra funding to ensure every child has a place at school so that they can fulfil their potential.”

“Rugby has a very positive attitude to housing development and as more homes are built for hardworking local people more school places are needed. With this additional funding this Government is ensuring that our children have places at their local schools.”

‘Labour were warned repeatedly that they hadn’t done enough to plan for a growing population – and once more it’s been left to the Coalition Government to clean up the mess.”