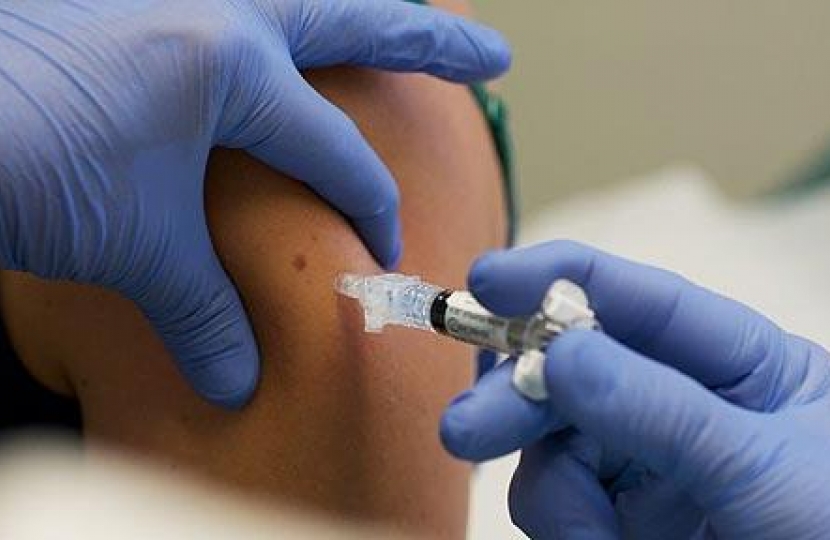 The UK has one of the highest rates of flu vaccination coverage in the world but the Government is keen to ensure that more people are protected and Mark is doing his bit to raise the profile of the immunisation programme in his constituency.

For the first time the Department of Health is also offering immunisation to all two and three year olds as part of a planned expansion of flu immunisation to all children from two to 16. The programme aims to substantially reduce the spread of the influenza virus, which could reduce hospital admissions by as much as 40%.

Mark is particularly keen for local people who fall into certain at-risk groups to get the vaccine. Flu-vaccinations are offered free of charge to various groups, including people aged 65 and over, all pregnant women, people with a serious medical condition such as chronic respiratory disease, severe asthma and bronchitis, people who are in receipt of carer’s allowance or those who are the main carer of an older or disabled person whose welfare may be at risk if the carer falls ill. The list is not exhaustive and decisions will be based on clinical judgement.

Commenting on the immunisation programme, Mark said: “It is imperative that people in at-risk groups are immunised. Whilst for many people having the flu is an unpleasant but not life-threatening illness, for some it can be very serious, particularly older people and younger people with serious underlying conditions which increase their risk of developing complications.

“I would encourage people to seek advice from their GP if they feel they might need the flu vaccine.”