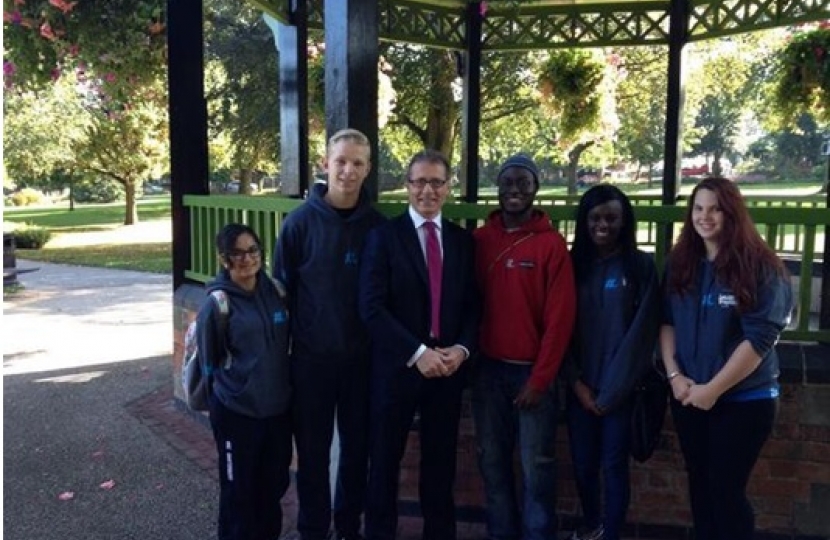 Local MP Mark Pawsey has spoken in the House of Commons to praise local young people volunteering with Challenge UK to serve their community, as part of the National Citizen Service. Last year, Mark joined 40 young people on Big Challenge Sunday to paint fences, pick up litter, and decorate the band stand in Rugby’s Caldecott Park.

After speaking in the House of Commons, Mark said:

‘It was great to spend a Sunday out with some of Rugby’s young people, who are so keen to serve their local community. Trevor Hoyte, the local park ranger, led us well as we sought to give something back to the town. The day was a great success for those young people and they did a great service to everyone living near Caldecott Park.’

‘The National Citizen Service is an idea that gets to the heart of the Big Society, and benefits everyone. These young people are doing something for the community, and they are also gaining a lot themselves. By being involved in their community like this, they gain self-confidence; by working alongside other young people from Rugby and the surrounding area, they make new friends from different areas and backgrounds; and they build up the life-skills and experiences to play a fuller part in the life of Rugby.

‘This Government’s policies have put the economy back on the rails, but they are also helping to build communities for the future. Many young people in Rugby want to be involved in their local community, and this allows them to do that by serving their home town.’