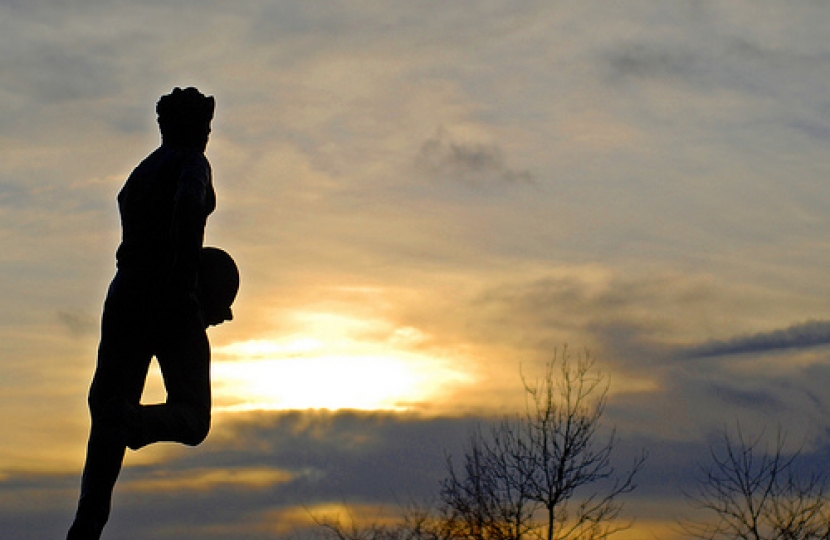 ‘The 2015 Rugby World Cup is going to be a wonderful celebration of the game for the whole of England and Wales, but it will be particularly special for the town of Rugby. As we learnt from the Olympics, however, it will also be a great opportunity to shine a spotlight on the town, and to encourage visitors and tourism. Rugby town has a truly unique selling point, and I look forward to showing that to the world.’

‘When the sport was created in our town, I don’t think that people would have imagined that it would create two worldwide sports, with such huge followings. That we will see sides from five or six continents come to compete for the World Cup in 2015 should make the town very proud.’

The Minister for Sport, Helen Grant MP agreed that the 2015 Rugby World Cup as a great “opportunity for Rugby to increase its profile both nationally and internationally.”