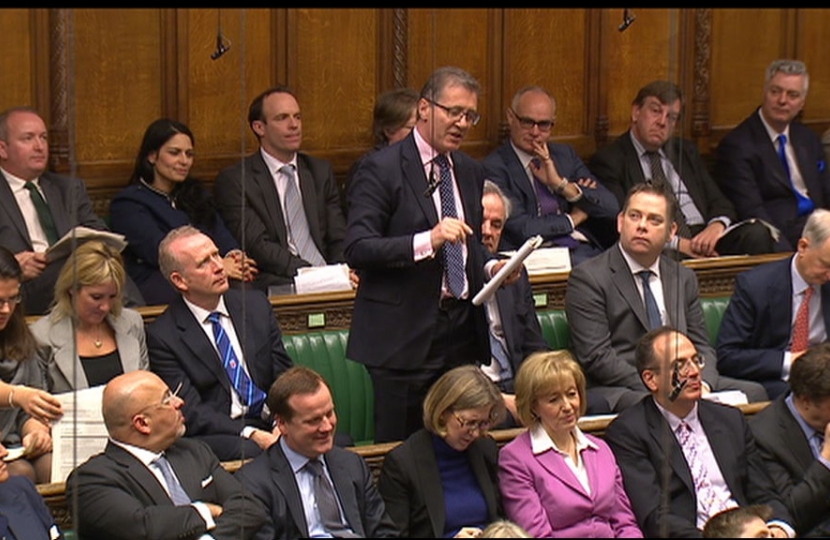 Last week, Mark Pawsey MP raised the importance of reducing the country’s debt at Prime Minister’s Question Time. Mark spoke about one of his youngest constituents, one month old Rugby resident Ruby, where he highlighted the importance of tackling Britain’s deficit so future generations do not have to spend their lives paying off the debt built up by previous generations.

In his reply, the Prime Minster emphasised that £1 in every £4 spent by the Government is borrowed money and that Britain has one of the highest budget deficits in the world. It is therefore vital that the Government takes action in order to reduce the deficit for our children’s future.

“When we came into Government in 2010, the country was borrowing over £150 billion a year. Thanks to the difficult decisions we have made, we have reduced that by more than half during the last Parliament and thanks to our Charter for Budget Responsibility, we will deliver a surplus by 2020.”

“Refusing to face up to the difficult choices that we face as a country is not compassionate or caring – it will saddle our children with debt for the rest of their lives that they could never hope to repay. That is why it is so important to tackle the debt and the deficit and give Britain the high pay, low tax, low welfare economy that will secure the future for young children like Ruby.”

“Thanks to the Government’s economic plan employment is now the highest on record and here in Rugby and Bulkington unemployment is down by 56% since 2010. We’ve created 2.5 million private sector jobs and the proposals set out by the Chancellor in the budget will see a pay rise for millions of families as we move to implement the National Living Wage, which will be over £9 per hour by 2020.”