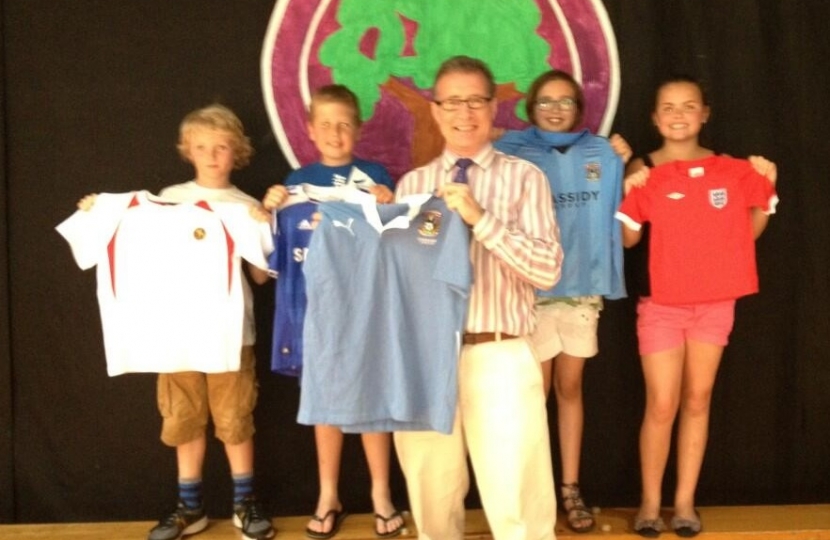 “I have been involved with Project Umubano for a number of years now and have been amazed by the generosity of Rugby residents, and particularly Rugby’s young people, who have donated so many shirts year in year out.”

“This year the response from both schools and members of the public has been incredible and I have many boxes of shirts to be sent over to Rwanda. I am very grateful to the pupils at Paddox Primary who have donated shirts and all of the other local schools who were so kind and donated many shirts as well.”

“I also thoroughly enjoyed speaking to pupils during their morning assembly and explaining my role as Rugby’s Member of Parliament.”