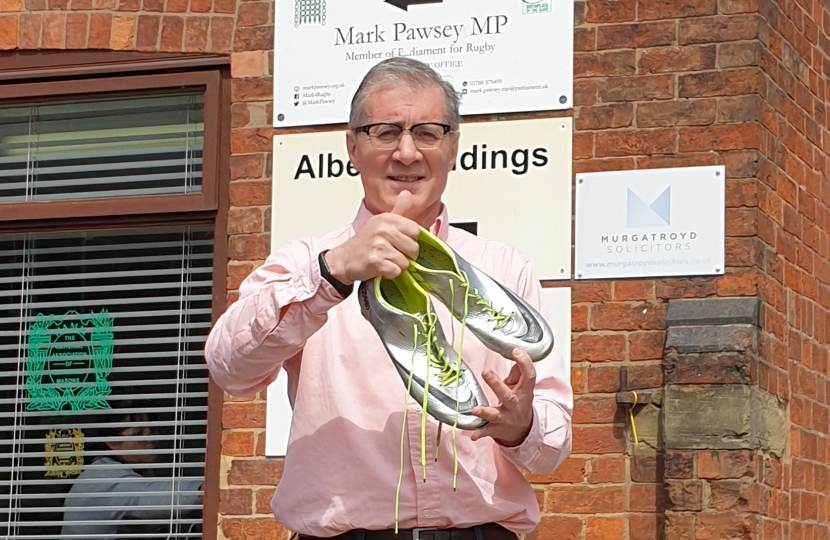 Football Rebooted has been launched by the UK’s leading smart energy supplier, Utilita, and former England and Premier League goalkeeper, David James MBE. By recycling ‘pre-played’ football boots and astro boots, the campaign hopes to save families a small fortune, as well as 136,000 tonnes of carbon – equivalent to taking 7,000 cars off the road for a year , or turning the energy off in one million medium-sized houses for a week.

People with spare football boots can go to the campaign’s website, www.footballrebooted.co.uk, to request a freepost “boot bag” to donate their boots. Their boots will then reappear at one of many claim stations which will pop up in parks, training grounds, and at some of the UK’s largest football clubs. Premium pairs of the ‘most wanted’ retro boots and former and current players’ boots and other items will also be in the mix, giving anyone a chance to come along and grab a pair of football boots.

The campaign is strategically designed to put an aspirational spin on a mechanic that will get good boots through to families struggling to afford new ones. The importance of this was underlined after Utilita’s State of Play report revealed that out of the 74 percent of families who had been impacted financially by the pandemic, 18 percent won’t be able to send their kids back to grassroots football as they can’t afford boots and other items such as goalie gloves and shin pads.

Mark, who previously ran a local campaign to send old football kits to Rwanda, is now urging local residents to see if they have any unused football boots which could be donated to support Football Rebooted. Mark commented:

“As we recover from the Covid 19 pandemic one of the most important things we can do is take part in sports activities again – and Football Rebooted gives youngsters who might have missed out because they don’t have the right kit a chance to do so. It’s also great for the environment and really stresses how important reusing and recycling is in our day-to-day lives and so I’m really pleased to be able to support this campaign.”

“Right now, there are millions of pairs of football boots that people have grown out of or replaced, and we need to make sure they don’t end up in landfill. Getting these boots replayed through Utilita’s Football Rebooted campaign will not only save players a few quid but will also act as an important reminder about the power of upcycling and reusing items that still have a lot of life left in them.”

Pupils at one of the country’s newest schools should get ready to embrace a ‘wonderful educational opportunity’, according to a senior cabinet minister who visited the school alongside Rugby MP Mark Pawsey.

Apply for a freepost bag to donate your old boots and find out more information about the campaign at www.footballrebooted.co.uk.

Utilita’s #EnergyHigh5 Challenge is a positive behaviour change campaign designed to educate the nation on how every household can waste less energy and save approximately £163 on their annual energy bill by making five simple and free-of-charge adjustments to the way we use energy at home:

4. Turning lights off in unoccupied rooms (£14)

To sign up to the Utilita #EnergyHigh5 movement and access simple-to-follow advice on reducing energy wastage, visit www.Utilita.co.uk/energyhigh5