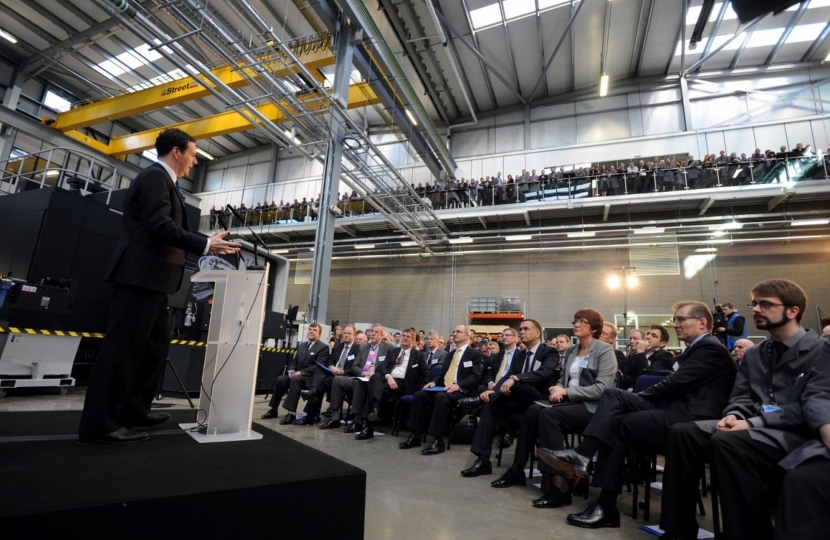 The Chancellor announced £60million of funding for the development of two new facilities to support the UK’s aerospace industry. It was also announced that this could create 750 new jobs.

The Chancellor announced £30million in funding, which will be matched by industry.

Speaking during his visit the Chancellor said:

“The work done at the MTC is important, not just for the Midlands but for the whole of the country. This is the perfect place to talk about the future of manufacturing.

“The Midlands was one of the cradles of the Industrial Revolution and it was in Coventry that the first British car was built and went on to be the centre of British car manufacturing.

“And government cannot be shy about getting involved with places such as this.”

“It was a great pleasure to welcome Chancellor George Osborne to Rugby when he visited the Manufacturing Technology Centre at Ansty. As a strong supporter of manufacturing, I was delighted with his announcement of a further £60 million investment in high-tech aerospace technology at the centre. In Rugby and the Midlands more generally, we have a great heritage in manufacturing and I was keen for the Chancellor to see the great work that is being done at the MTC to reinvigorate the sector, which halved in size under the last Government.”