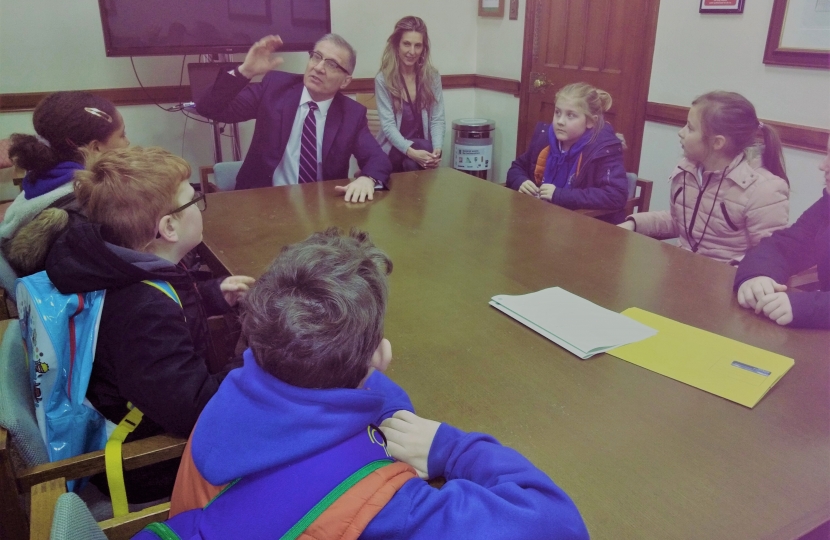 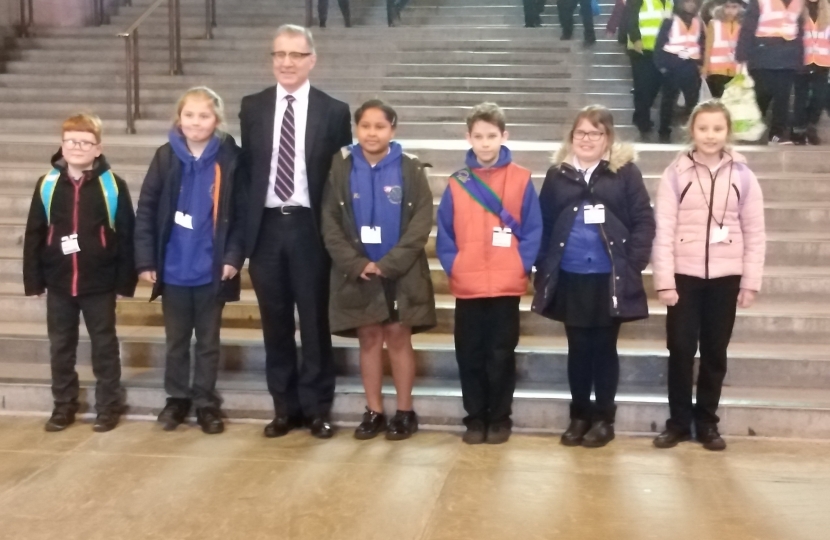 Members of the St Andrew’s Benn School Council have found out more about life in Parliament from Rugby MP Mark Pawsey during their recent visit to Westminster.

The 10 pupils travelled to Parliament which saw them tour Westminster, and then quiz local MP Mark Pawsey to find out more about what they had learned on their tour. Afterwards, they were also able to go into the public gallery and watch some of the day’s business in Parliament.

During their meeting with Mark he answered the pupils’ questions on how Parliament works and talked about how he represents Rugby’s residents, as well as some of the exciting plans the Government has for improving our natural environment.

After their visit to Parliament concluded, the school group saw some of the other sights in London including a visit to the gates of Downing Street and Trafalgar Square.

“I have always been very happy to meet with youngsters from Rugby when they visit Parliament and it was great to meet some of the members of St Andrew’s Benn School Council. The pupils were very interested by what happens in Westminster and I was very happy to tell them more about what the life of an MP involves.”

“During the last Parliament I welcomed nearly 900 pupils from Rugby and Bulkington to Westminster and I hope that many more will visit this year. One of the great changes which I have seen during my time in Parliament is the move to work more closely with schools, so that our children have a better understanding of our democracy and the opportunity to get more involved in politics.”

“Our children really enjoyed their trip to Parliament; it was a really enriching experience for them. They were excited to meet Mark and were fascinated by his job and the decisions he makes for our local community.”

Schools interested in taking part in a tour of Parliament can contact the Parliamentary Education Unit on education@parliament.uk