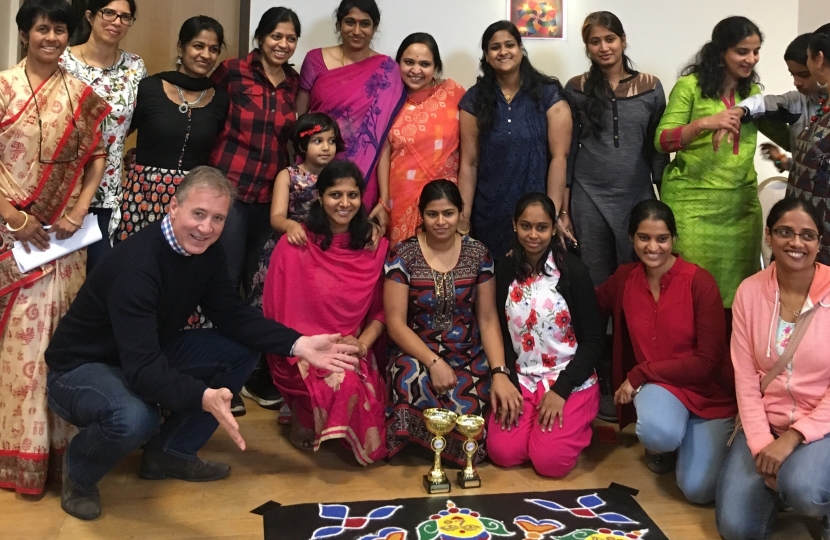 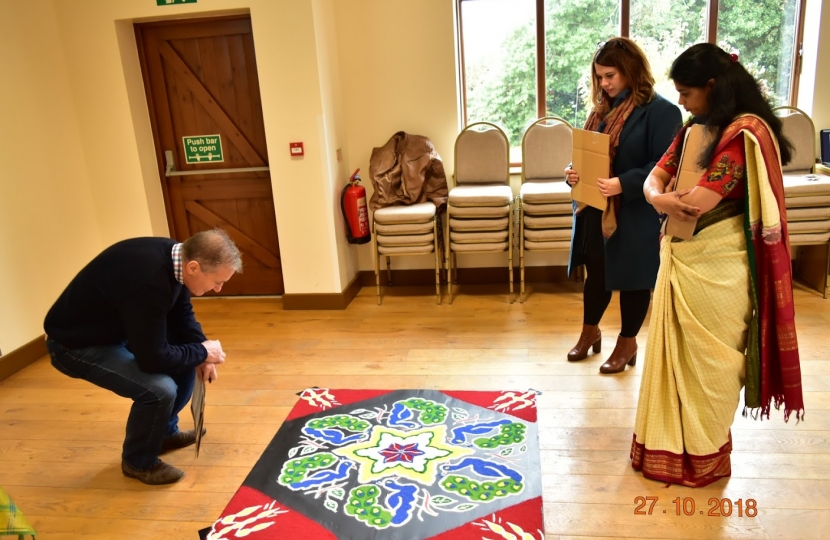 Kolam is a form of art which originated in South India and the designs are thought to bring fortune to families throughout the day. Coloured rice powder is used to create geometric designs of curved loops, lines and dots. Competitors from Rugby had three hours to come up with a design which would impress the judges.

12 teams comprising of 32 participants competed against each other. Their task was to create a pattern from scratch in 3 hours on a 4ftx4ft space allocated to them. They were provided with plain rice flour in white and the 4 primary colours of red, green, yellow and blue. No rulers, stencils, aids or props were allowed, nor were they allowed to use props to embellish their designs.

The 1st prize was won by the Hibiscus Team represented by Shilpa Kuruva and Sravani.

The 2nd prize was won by the Jasmine Team represented by Leela Morampudi and Sowjanya Aluru.

The 3rd prize was won by the Indian Tulip Team represented by Elizabeth Suresh, Kala Prasanna and Haripriya Kulasekar

“I have always been very proud of the diverse community I represent as the town’s Member of Parliament and it is always a pleasure to be able to join residents to celebrate their heritage. I was amazed by the skill and effort which went into the pieces of Kolam art and picking a winner was incredibly challenging.”

“The Benn Partnership Centre does a tremendous amount in order to work with groups throughout the community, such as Thaai Tamizh Sangam. This Kolam art competition was just one of many events they have supported and I am very pleased to be able to join them and the groups they work with throughout the constituency. I know that their help is greatly appreciated by everyone who comes to speak to them.”

Gita Natarajan, the Beyond Brexit Manager at the Benn Partnership Centre, added:

“It’s really important to give people the opportunity to practice this art and to continue to preserve these traditions for future generations. I’m really pleased that so many people took part in this competition and I hope that some people will be inspired to do their own Kolam art in future.”