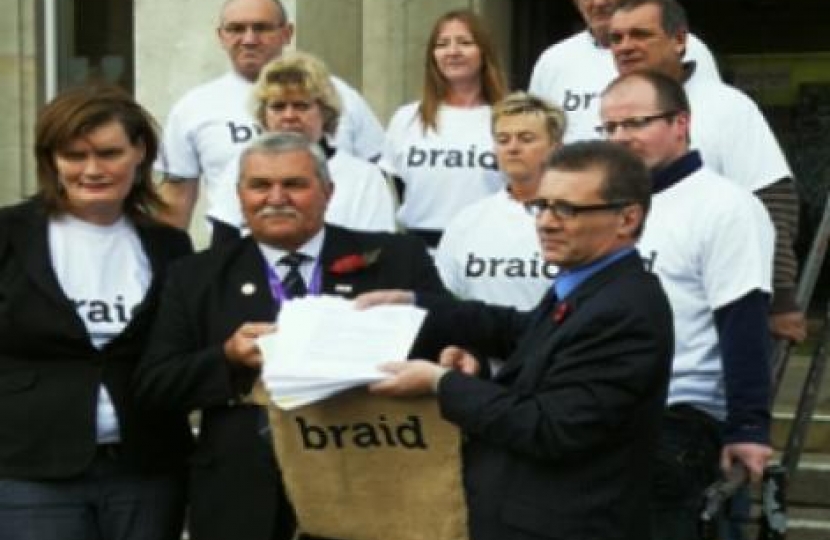 Rugby MP Mark Pawsey once again raised the issue of Gypsy and Traveller sites at Westminster this week representing the views of the people of Rugby to the Prime Minister David Cameron during Wednesday’s Prime Minister’s Questions.

Mark has previously written to Eric Pickles MP, Secretary of State for Communities and Local Government asking for planned legislation to tackle this problem to be implemented swiftly.

“The development of land without permission for use as Gypsy and Traveller sites is a cause of major concern for many communities across the country including Barnacle and Bulkington. The coalition Government has proposed to give greater powers to local authorities to deal with these situations, as part of the Localism agenda, and I and many others wish to see these powers come in to force as quickly as possible.”

Fresh from PMQs Mark hurried back to Rugby to stand in solidarity with representatives of ‘Braid’ (Barnacle Residents Against Inappropriate Development) at the Town Hall where the group delivered 135 letters of objection to Cllr Derek Poole of Rugby Borough Council.

“In a letter last month to Eric Pickles MP I drew the Minister’s attention to the concerns of the residents of Barnacle who have a gypsy and traveller site on their doorstep which does not have valid planning consent. I felt this was a matter which the Prime Minister should be made aware of. From his reply it is clear that this Government intends to tackle this issue through new powers for local authorities and these changes cannot come soon enough.”