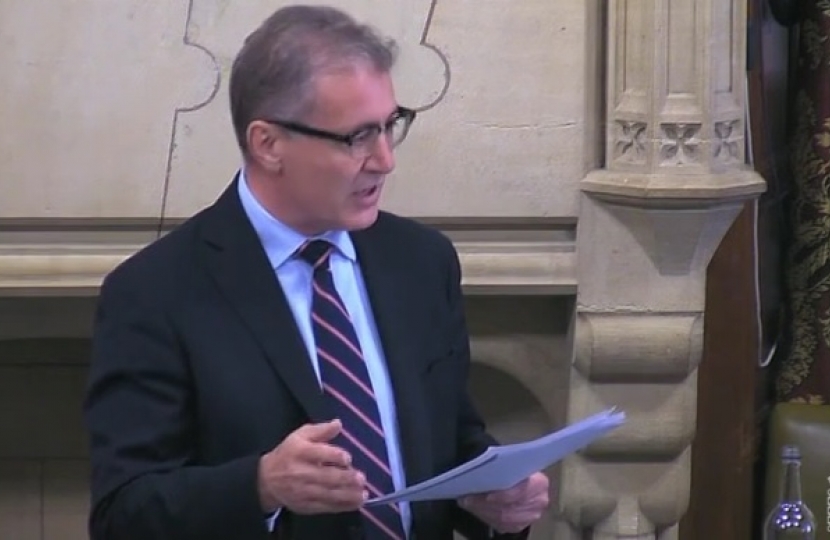 A Parliamentary first was achieved on 3rd July 2019 when Mark Pawsey, MP for Rugby and Bulkington, secured a debate in Westminster Hall on Genetic Haemochromatosis (GH), also known as Iron Overload.

Mark became involved in supporting Haemochromatosis UK, the patient body for those affected by GH in the UK, after they invited him to find out more about the work the charity does at its headquarters in Rugby. After finding out more about how GH impacts the lives of those with the condition, Mark founded the All-Party Parliamentary Group on Genetic Haemochromatosis which is working closely with the Rugby based charity to raise awareness of GH amongst politicians.

The condition can affect 1 in 150 people and is an inherited disorder which causes the body to absorb too much iron, which can then accumulate in vital organs and cause serious long-term health issues if untreated. The debate in Parliament called upon the NHS to improve diagnosis of Genetic Haemochromatosis, as early treatment is vital for patient’s health.

In his speech, Mark highlighted that prevalence of symptoms was higher than previously thought, and that additional clinical guidelines for blood tests to screen for GH as part of the NHS’s Long-Term Plan would help to identify those affected by the condition.

During the debate, 10 Members of Parliament from across the country, representing four political parties and constituencies in England, Scotland and Wales, spoke about the stories their constituents had told them about life with GH. In response to the points made by Mark and other MPs, the Parliamentary Under-Secretary of State for Health and Social Care, Seema Kennedy MP, said that the Government were committed to improving testing for genetic conditions such as GH and that additional guidelines were published by the British Society for Haematology in 2018.

“It was a real privilege to be able to hold this debate – the first Parliamentary debate on this important matter. My understanding of Genetic Haemochromatosis has only come about because of Haemochromatosis UK, who are based here in Rugby. This charity does great work advocating for those with GH and without their determination push GH up the agenda, this debate would not have taken place.”

“Since the debate took place, I’ve had many people from across the UK reach out to me and thank me for raising this issue – demonstrating that despite the lack of awareness, GH has a very real impact of the day-to-day lives. I’m grateful to all my colleagues from across Parliament for joining me to speak on behalf of our constituents who have GH and I look forward to seeing what further steps the NHS will be taking to ensure that patients with rare diseases such as GH to get the diagnosis, and treatment they need.”

“As the UK’s only charity dedicated to supporting people affected by genetic haemochromatosis, we’re delighted with the cross-party interest shown at the debate. We’re grateful to Mark Pawsey MP and his team for their ongoing work, behind the scenes, to help us engage and educate policy makers. Haemochromatosis is the UK’s most common genetic condition, affecting over 380,000 people. Early diagnosis of iron overload caused by genetic haemochromatosis saves lives. This debate was a crucial step forward as we work together to improve the diagnosis and treatment for people affected by this silent killer.”