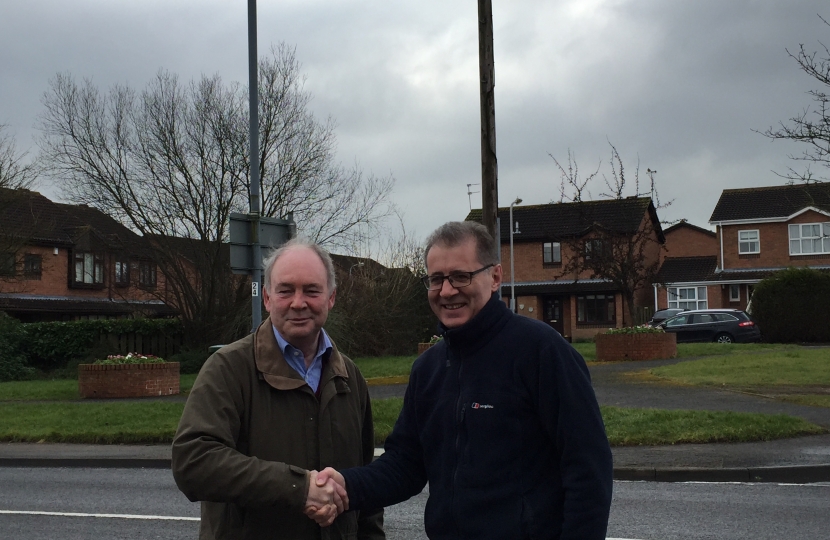 Rugby and Bulkington MP Mark Pawsey and Warwickshire Police and Crime Commissioner Philip Seccombe have welcomed the announcement that 103 police officers have been recruited in Warwickshire in the first year of Prime Minister Boris Johnson’s campaign to recruit 20,000 officers by March 2023.

In total, over 8,700 new officers have been recruited across England and Wales, meaning the target of recruiting 6,000 new officers by March 2021 has been dramatically exceeded. The addition of these new officers brings the total number of police across Warwickshire up to 1,066, meaning there are now more frontline officers on local streets to keep residents safe.

The new figures have also confirmed that every single force across England and Wales has met or exceeded their recruitment targets. 139,000 people have applied to join the police since the start of the recruitment programme. Here in Warwickshire, Philip has used these new officers to strengthen local patrols and the seven Safer Neighbourhood Teams that cover Rugby. He has also established dedicated vehicle and rural crime teams.

In addition to recruiting 20,000 additional police officers, the Conservative Government is supporting the police with the powers they need to crack down on crime, including the landmark Police, Crime, Sentencing and Courts Bill. This vital legislation will give the police additional powers to get knives off the streets, provide a £636 million funding boost for police forces this year, and establish a new police covenant which will enhance support and protection for frontline police officers.

Commenting on this announcement, Mark said:

“Getting more police officers on our streets has been a priority for local residents and I’m delighted that these figures show that in his first term, Philip Seccombe has delivered a 20% increase in the number of officers in Warwickshire. Every one of these officers will make an enormous difference in helping to cut crime and keep people safe. I know that if Philip is re-elected on May 6, more new officers will follow, and the Conservative Government will continue to give our police forces the backing they need.”

Philip Seccombe, Warwickshire’s Police and Crime Commissioner and the Conservative candidate in the May 6 Election added:
“Five years ago my first pledge to the residents of Warwickshire was to recruit more Police Officers. I have prioritised this and we now have a record number in the County. If re-elected I will continue to fund the Force to recruit more so we have at least 1,100 officers in 2022.”