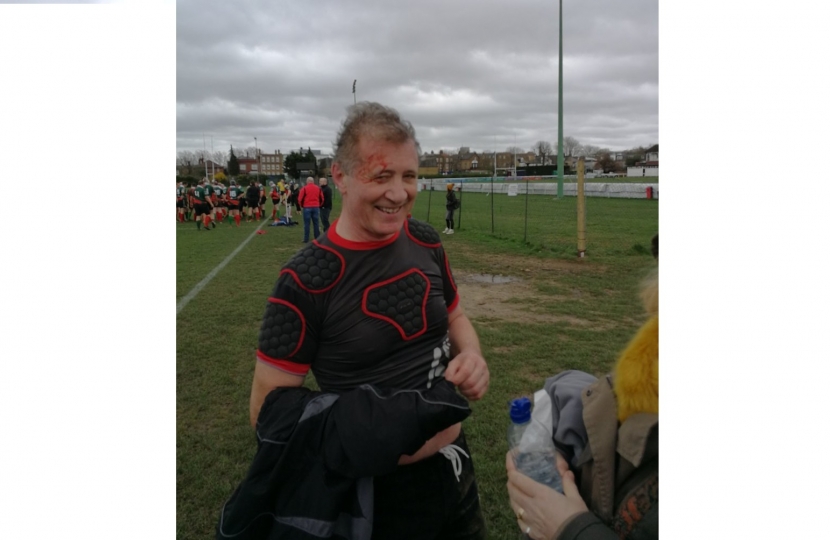 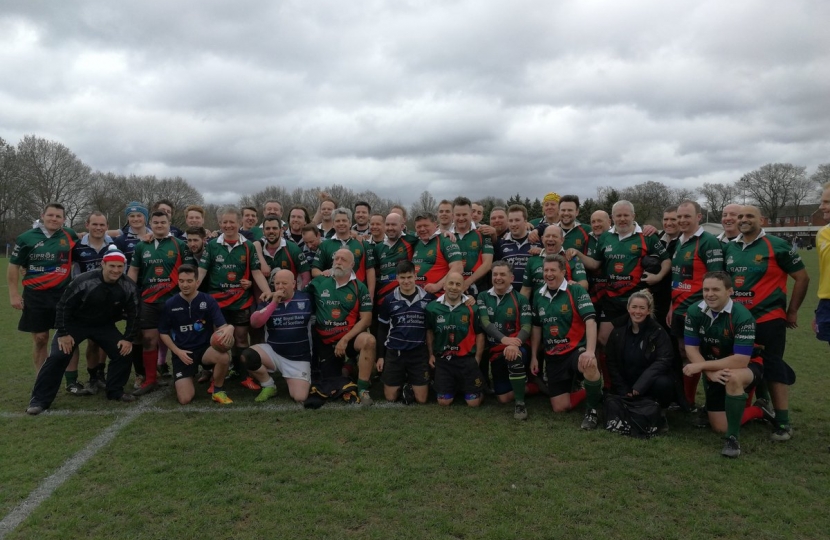 As the Six Nations came to a dramatic end over the weekend, Rugby MP Mark Pawsey got stuck into the Commons and Lords Rugby Football Club’s final game against the visiting Scottish Parliamentary team.

The game proved almost as dramatic as the historic clash between England and Scotland on Saturday evening, with the Commons and Lords leading until the final few minutes of the game, until the Scottish team scored late to claim victory 27-17.

All of the games this weekend were also marked by a minute’s silence in memory of those who lost their lives in Christchurch, New Zealand. All of the teams involved, both parliamentary and national, have close links through rugby with New Zealand and these games offer an opportunity to reaffirm those ties.

The Parliamentary Six Nations runs each year alongside the international tournament with teams representing the parliaments of the competing nations playing for both honour and for good causes. The Commons and Lords team plays on behalf of England, with teams from the Scottish Parliament and Welsh Assembly representing their national teams.

Speaking after the game, Mark said:

“It’s always a pleasure to play rugby against the Scottish Parliamentary team and our games are always well contested. This final match of the Parliamentary Six Nations was no exception – as my head can attest to! Congratulations go both to the Scottish Parliament for snatching victory in the final moments, and also to the Welsh national team for their well deserved Grand Slam victory.”

“Of course, the Parliamentary Six Nations is not about who wins or loses – it is an opportunity to strengthen our ties with other parliaments outside of more formal engagements. Sport is a great way to do this, as it brings people together in a way that nothing else can quite replicate and we have all formed lasting friendships with those from other countries through these games.”

“Our games also raise funds for some very worthy causes, including Premier Rugby’s Hitz charity, which works with disadvantaged youngsters across the country, including with Wasps Rugby at Coventry on our doorstep. I have seen for myself the transformative effect these programmes can have and it’s a real pleasure to be able to support them.”