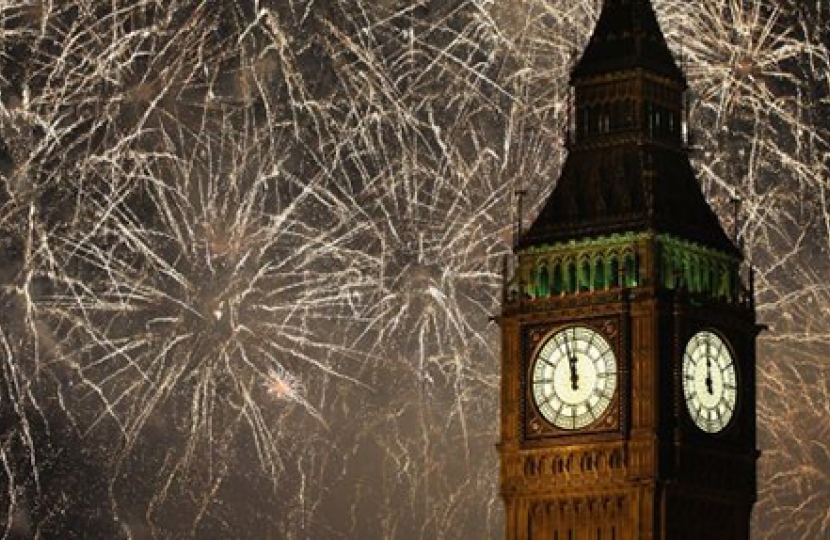 Firstly I would like to thank those people who have not had the opportunity to be with their loved ones over the festive period. Particularly the brave men and women of our armed forces but also members of our Police, Fire and Ambulance services and our doctors and nurses who work tirelessly throughout the year.

Last year was another good year for us here in Rugby. The town’s new Leisure Centre opened its doors for the first time highlighting the great work of the Conservative-led Borough Council, our schools enjoyed another excellent year of GCSE and A Level results and the Government’s ‘Help To Buy’ scheme started to help local people onto the housing ladder. Some of the most welcome news was that Rugby residents will soon be able to access the AMD Unit at the Hospital of St Cross. It has been a long fight but the right result has been reached and I know how much this news means for many people in the town.

2013 was the year the Government’s long-term plan to secure a better future for us all really began to deliver. The Prime Minister committed to letting Britain decide on our role in Europe and secured a historic cut in the EU budget saving hard working British tax payers money. Fuel Duty was frozen, 24m people enjoyed a cut in income tax, National Insurance was cut for local businesses, people were placed on the lowest possible energy tariffs, £500m was invested in A&E departments, 46,000 new school places were announced and a cap on benefits was put in place meaning no out-of-work household can claim more than the average family earns.

But I believe the most significant progress being made both locally, and nationally, is in our economy.

During 2013 unemployment continued to fall in Rugby and we also saw a record number of new companies and apprenticeships started. In December employment hit a record high and it is clear that confidence is returning to our economy. We are back on track, and heading in the right direction, but there is still more to do.

Here in Rugby the preparations for the Rugby World Cup will begin in earnest. This is a fantastic opportunity for us to put our home town firmly on the map. We are the birthplace of the game, the town where it all began, and I plan to make as many people aware of this fact as possible in my capacity as the Parliamentary Ambassador for the Rugby World Cup!

Back to politics – and 2014 is also the year where the country will start to prepare for the General Election. There will be a clear choice when the country goes to the polls in 2015. A choice between a Conservative Government intent on continuing to make this country great again by supporting our economy, helping people back into work, letting the people decide on Europe and ensuring that it will never again better to be out of work than in work. Or the alternative which would be the return of the same old disastrous economic policies which almost ruined this country, out of control borrowing and a return to the something for nothing culture which plagued this country for too long. A return to the state of affairs where life on benefits means enjoying a lifestyle hard working people cannot afford.

We have come a long way since the dark days of 2008 to 2010 and the economic turmoil we remember all too well. In 2014 the country will continue to progress, fairness will continue to be put back into the system and our economy will continue to grow. We are not out of the woods, and it remains difficult for many hard working families, but we are moving forward and the country is on the right track.

I hope that 2014 is happy, safe and prosperous for you all.