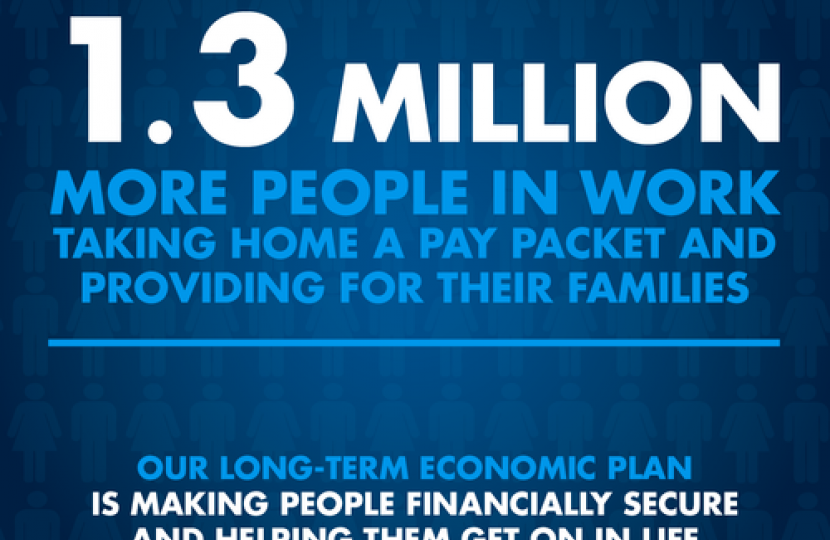 Mark Pawsey MP has welcomed new statistics released today that show the numbers seeking Job Seekers Allowance in Rugby are down to their lowest level since 2007. New statistics also show that the number of people in work in the West Midlands increased by 57,000 over the final three months of 2013.

“It is pleasing to see so many more people back in work, over the past couple of months. The global recession hit everyone hard, and here in Rugby we were not immune. However, these statistics show that as a town we are recovering well.”

“The fact that the numbers claiming Job Seekers Allowance is back to pre-recession levels shows just how far we have come. The recovery has only just begun, though, and we need to press on to make sure that there are more jobs, more thriving businesses, and more good news for Rugby.”

“There is still more to do, but these figures show the Conservative’s long-term plan to fix the economy is working, getting people off benefits and into work, and delivering a more secure future for the people of Rugby.”