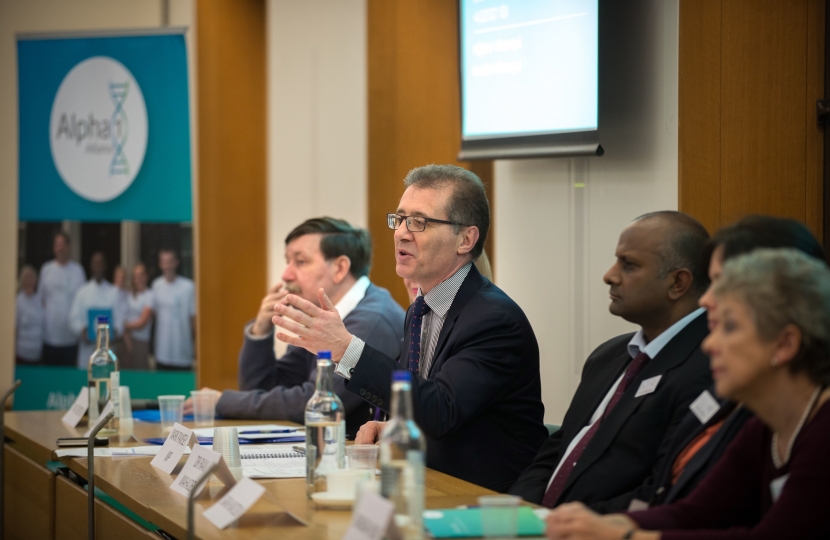 Rugby MP Mark Pawsey yesterday led an expert panel in Parliament, at the launch of an important report to highlight the Alpha-1 condition. Alpha-1 is a genetic disorder that can result in lung and liver disease, which significantly reduces life expectancy and can cause disabilities. Those with severe manifestation of lung or liver disease may require organ transplantation.

‘Alpha-1 is a serious condition which most people, and indeed most doctors, know little or nothing about. Yet not only is it a serious and debilitating condition, but it is one that it often misdiagnosed. On average, it takes 7 years for a sufferer to receive a correct diagnosis, as the symptoms can initially be similar to asthma. In other words, though this is seen as a rare genetic condition, many more people may be suffering from this than we know. If we can improve awareness and diagnosis, we may be able to help many people who are currently suffering in silence.’

‘I first became aware of Alpha-1 through a constituent of mine in Rugby, who came to see me at my regular weekly surgery. I know that he has had difficulty both in diagnosis and in treatment. Once we raise the profile of Alpha-1 and get a better idea of just how many people are sufferers, we can see research and treatment improve. Only then can people all over the country, like my constituent in Rugby, get the quality of treatment they badly need.’