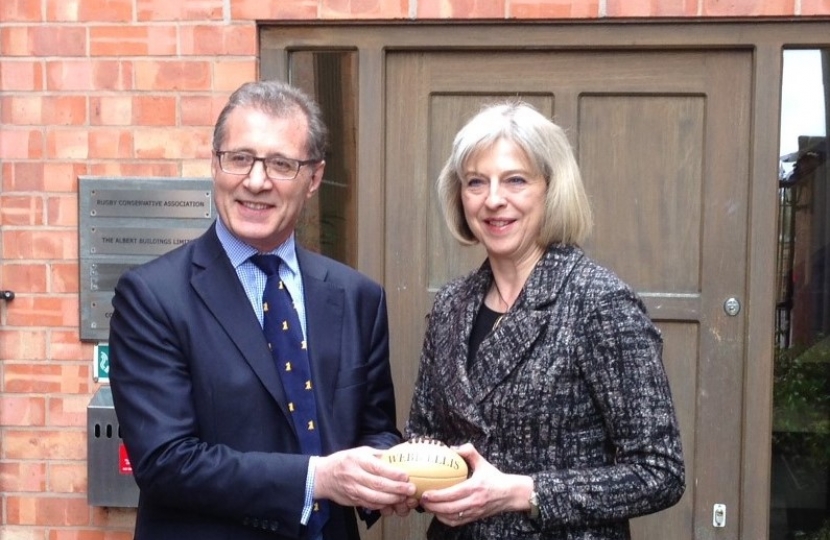 The last couple of weeks have been historic in British politics. In a short space of time the political landscape has changed dramatically, and following David Cameron’s resignation, we now need a new Prime Minister with both the determination and vision to forge a new path for our country, and the experience to manage the important business of Government.

It is clear that we need a new leader who can unite our country; a leader who understands that we are one nation, who can deliver for every generation and is committed to a social action agenda to ensure a voice for, and to deliver for, those disadvantaged communities in our country who feel that they for too long been ignored.

Prior to the first round of voting by Conservative MPs in the leadership contest I made clear my support for Stephen Crabb as our next Prime Minister. Stephen is a true One Nation Conservative and a man of vision, integrity and compassion; I truly believe he would have been a great leader for our country.

However, following the first round of voting in Parliament on Tuesday Stephen decided to withdraw from the contest. I was very disappointed for Stephen but I fully understood his reasons for withdrawing and admire the dignity in which he announced his decision. I have no doubt that Stephen has a huge role to play in our future Government and I hope that many of the issues which he had been focussing on in recent days will be given further consideration in the development of my Party’s policies leading up to the next General Election in 2020.

Following Stephen’s withdrawal I have been reflecting on the strengths and attributes of the remaining three candidates and holding further discussions with my Parliamentary colleagues. After careful consideration I firmly believe that, of the remaining candidates, Theresa May is the leader that my Party, and our country, needs. This is not a contest for the election of an Opposition Party leader; this election is for a new Prime Minister. Theresa is our longest-serving Home Secretary and has considerable experience in Government. She has sat alongside David Cameron in Cabinet for many years and this has given her an invaluable insight into the role, and responsibilities, of Prime Minister. It is vital that we choose someone able to command the respect of Parliament, and who has the experience and ability to lead, and manage, a Government. I believe that Theresa offers the leadership our country needs at this critical crossroads in its history and the ability to steer us through the uncertain times ahead.

In recent weeks many people have looked to frame the leadership contest through the prism of ‘Leave’ and ‘Remain’ but I do not subscribe to the view that our next Prime Minister must be someone who campaigned for our country to leave the European Union. We must, and I believe have, moved on from such simple labels. Now is a time to look forward, not back, and we need a Prime Minister who has the ability to negotiate, and secure, the best deal for our country from our European neighbours and I agree with Theresa’s commitment to create a new Government Department committed solely to this aim.

I believe that all of the remaining candidates have a vital role to play in the future of our country but feel now is a time for the stability and experienced leadership that I know Theresa can, and will, deliver.