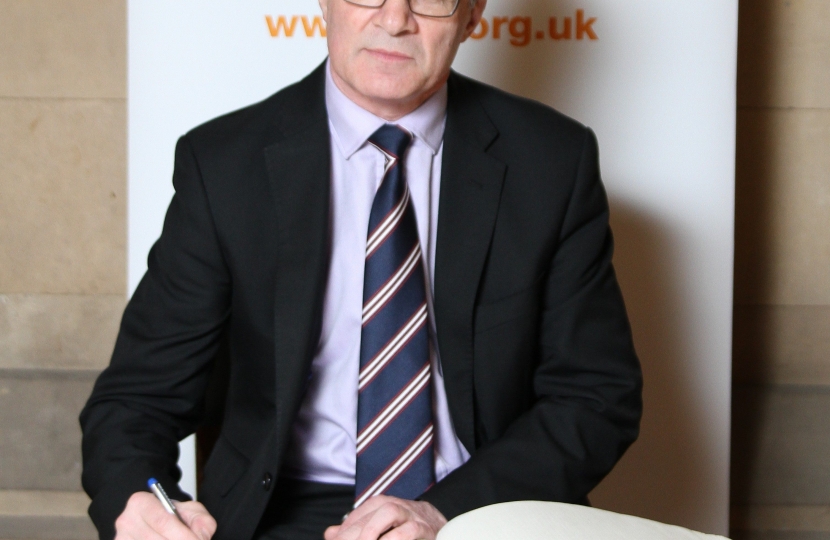 Mark Pawsey, MP for Rugby and Bulkington, has joined a number of Parliamentary colleagues to sign the Holocaust Educational Trust Book of Commitment at Parliament. In doing so, Mark has again pledged to remember Holocaust Memorial Day, held on January 27th, commemorating those who were murdered in the Holocaust as well as other genocides throughout history.

Mark visited the death camp at Auschwitz-Birkenau with pupils from Rugby High School and has also been involved in Project Umunbano, a social action project which has worked with survivors of the Rwanda genocide in 1994.

“The Holocaust Memorial day marks the anniversary of the liberation of Auschwitz-Birkenau, the Nazi concentration camp at which over 1 million people were murdered. I think it is vital that we ensure that we remember the awful events that took place there, as well as in other genocides since. I had the opportunity to visit Auschwitz with pupils from Rugby High School and I know that it was deeply moving for all who go there. What happened during the Holocaust is almost unthinkable, but we must remember the victims.”

“One of the awful things about the genocides of both the Holocaust and the Rwandan genocide is that they have happened within living memory, and we must do all we can to prevent these tragedies from occurring. The work that has been done by the survivors of these tragedies is inspirational and I would encourage everybody to take a moment to remember the Holocaust and other genocides. With fierce conflicts still ongoing in the world, the work of charities like the Holocaust Memorial Trust remains as important as ever.”

“We are proud that Mark is supporting Holocaust Memorial Day. As we mark the 71st anniversary of the end of the Holocaust and the liberation of the concentration camps, it is vitally important that we both continue to remember and learn from the appalling events of the Holocaust – as well as ensuring that we continue to challenge antisemitism and all forms of bigotry.”

For more information on the work of the Holocaust Educational Trust, you can visit http://www.het.org.uk/.