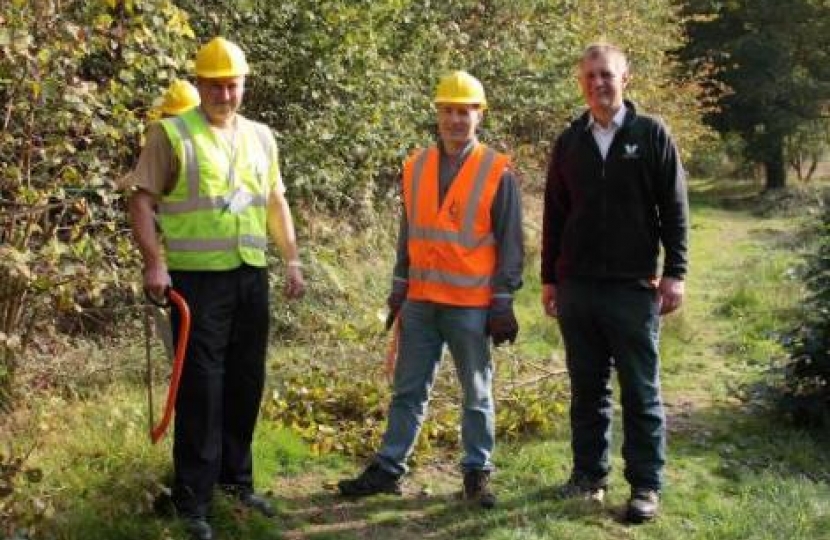 Mark Pawsey MP has joined MPs during questions to the Secretary of State for Justice to raise the issue of restorative justice schemes, such as the Community Payback scheme run in Rugby. Mark raised specifically the benefits of such schemes within the justice system having spent a day as an observer with the scheme in Rugby in September this year.

“Restorative justice schemes can be used as a pre-sentencing measure that can engage petty criminals at an early stage and ensure that their crimes are paid for by benefitting the community as a whole. As the Minister said, the work must be meaningful and challenging in order to achieve its aims but I believe it must also be seen as a means of reconnecting, often young men and women, with society. By helping to improve the environment they live in, they are more likely to take pride in their surroundings and be less likely to commit petty crimes such as vandalism.”

“These schemes are not a replacement for prison and repeat offenders will be punished with short prison sentences. It is important that these schemes are effective and from my experience when I helped cut back branches in woodland around Rugby with people from the scheme, they can be. There are further steps that need to be taken to ensure that these schemes continue to improve but I believe the Government has an approach to sentencing and justice that will help them do so.