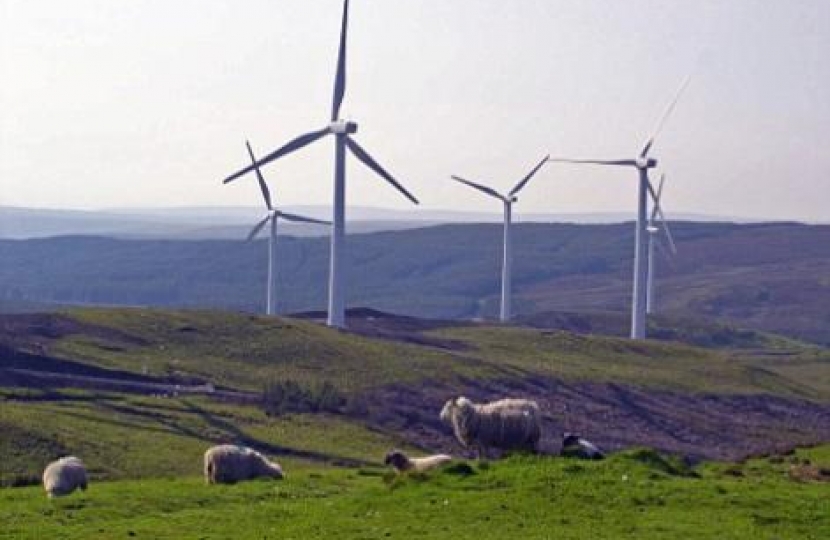 Mark Pawsey MP yesterday joined MPs in Westminster to debate the issue of onshore wind turbines and their effects on the local residents. Mark raised specifically the issues caused by the lack clear direction to local authorities to provide local authorities with clear planning strategy and direction, which has a particular effect on application in the villages of Copston Magna and Churchover.

“I spoke in the debate because I believe that it is important that the Government must provide a clear direction for local authorities to follow on the issue of onshore wind turbines. There are two instances in Rugby where local residents have been left in a position of uncertainty because the local authority has never had to deal with an issue like this before.”

“Quite rightly the Government are committed to ensuring the public receive value for money and an efficient service from their local authorities. However, without a national strategy to deal with issues such as onshore wind farms, local authorities are forced to duplicate their efforts in gathering information often using expensive consultants to help form their own individual policies.”

“The Government is currently reviewing legislation and I am pleased that the Minister in responding to the debate has demonstrated the Government’s commitment to the issue of localism, which will allow local communities and councils to decide how their areas will develop. I believe that it is right that local residents caryy greater weight in the outcomes of such applications. This will provide residents of villages such Copston Magna and Churchover with a clear framework in which they can make their representations against such proposals.”

Mark Pawsey’s contribution was as follows:

Mark Pawsey (Rugby) (Con): Is not the problem the fact that the determination of where such things are sited is left to local planning authorities? It would be helpful to have guidance that enabled local planning authorities to form a view. The lack of direction from the Government on the issue means that there is massive uncertainty for local residents. Two applications in my constituency have just been made, but residents have no idea about the likelihood of them being determined. The second problem with a lack of national strategy is that local authorities duplicate their efforts in gathering information to form their own individual policies. Does my hon. Friend agree that that matter urgently needs to be looked at?