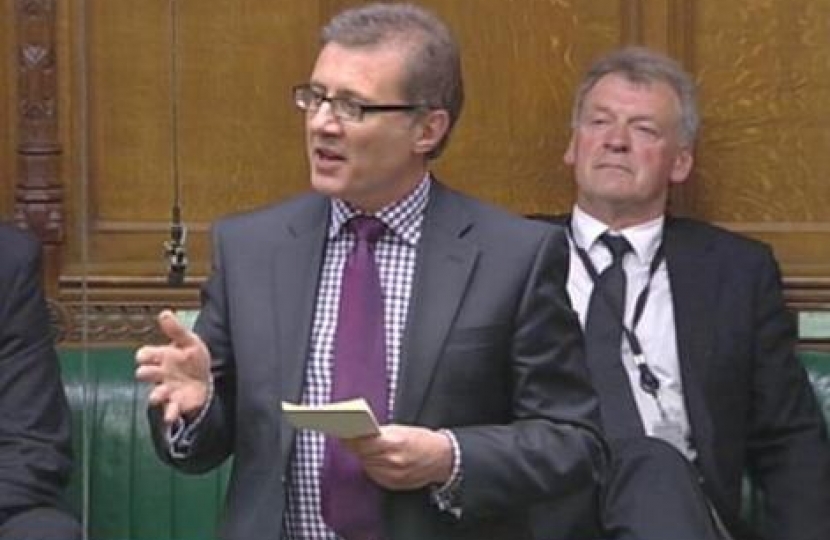 Mark Pawsey MP made his maiden speech on 8th June 2010 at 6.40pm during the Debate on the Address, where he paid tribute to former Members from Rugby and spoke about the future growth of Rugby and the challenges and rewards that this will bring.

"It gives me great pleasure to follow the hon. Member for Dundee East (Stewart Hosie) and to be able to speak for the first time in this Chamber as the Member for the new seat of Rugby. I often have to explain to people that I represent a town, rather than a sport. As an enthusiastic former player, it seems appropriate to have joined today the all-party rugby union group. Rugby is unique as the only place to have given its name to an international sport. It already receives many overseas visitors, particularly from rugby-playing countries, who make their way to the close at Rugby school, where William Webb Ellis picked up the ball and ran. Much work has already taken place in the town to capitalise on our association with the game, and I look forward to a new visitor attraction in time for the 2015 world cup.

The seat of Rugby includes villages to the north and west of the town, including Binley Woods, where I grew up and attended primary school. It has since become famous as the location of Hyacinth Bucket's bungalow in the sitcom "One Foot in the Grave". The constituency also includes the village of Bulkington, which was familiar to the author George Eliot, who referred to it as Raveloe in her book, "Silas Marner".

Previous Members include Andy King and, before that, someone well known to me, since that person is my father-James Pawsey, who was first elected for Rugby in 1979. I know that it is not unusual for a son or a daughter to follow their father here, and there are many examples in the current intake. I join my hon. Friend the Member for Worcester (Mr Walker), who spoke just before me, as a son following a father into the same seat. My father still has an excellent reputation in Rugby as a hard-working constituency MP. Throughout the time that I was seeking to be elected, many potential constituents spoke to me about how much he has done for the people of Rugby. I have heard many similar tributes from people here since I arrived-colleagues and staff who remember his contributions, particularly in the field of education. Like my hon. Friend, I feel that I have a very tough act to follow.

I am a product of Rugby's grammar school, which was founded by a locally born grocer, Lawrence Sheriff, who, when he established Rugby school, set aside a sum of money for the education of boys from the town. From an intake of 90 boys at that school in 1968, two of us sit here today; my former school friend and now my hon. Friend the Member for Warrington South (David Mowat), was also elected in May."