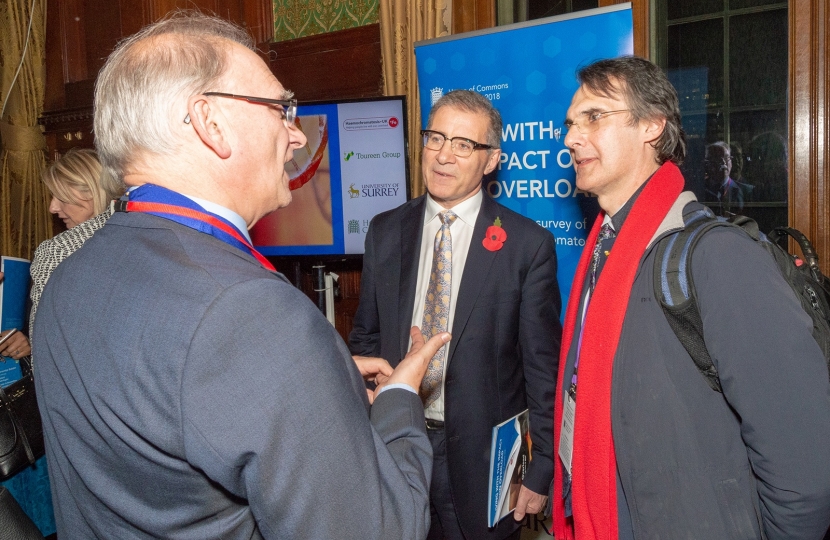 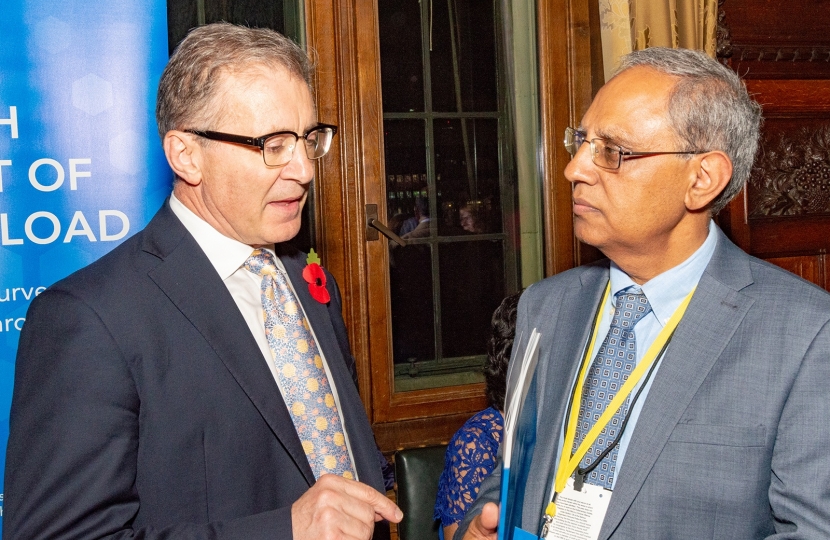 Rugby’s MP Mark Pawsey has stepped up as chair of a new All Party Parliamentary Group (APPG) for Genetic Haemochromatosis. Working with Haemochromatosis UK (HUK), a national charity based here in Rugby town centre, the APPG will tackle issues around the diagnosis and treatment of people suffering from the condition, which causes iron levels in the body to accumulate to toxic levels.

Haemochromatosis has been high in the national and international news in the last couple of weeks following the publication of studies by Professor David Melzer at the University of Exeter. The reports identify links between iron overload and a number of serious complications, including cancers, arthritis, organ damage, and chronic fatigue. They also highlight that haemochromatosis is the most common genetic condition in people of northern European origin, possibly affecting 250,000 in the UK alone, and yet is hugely under-diagnosed.

At the first meeting of the APPG last week, MPs discussed the lack of clinical guidelines for the condition and the costs to the NHS of late diagnosis. The group also consulted with patient representatives and with medical advisers to try to identify priorities for our NHS.

Mark said after the meeting:

“Haemochromatosis UK have done great work in raising awareness of the challenges faced by those suffering from Genetic Haemochromatosis. I was honoured to be asked by David Head to Chair the newly formed All-Party Parliamentary Group for Genetic Haemochromatosis, and I hope that we can continue to push these important issues up the agenda in Westminster. I look forward to working with other Parliamentarians from across the House, as well as medical professionals, to ensure that the needs of those who have Iron Overload are met within our NHS.”

David Head, Chief Executive at Haemochromatosis UK, was also present at the APPG meeting and added:

“I’m delighted to see GH – genetic haemochromatosis – moving up the national agenda. It’s crucial that the NHS gets to grips with the scale of the problems that are caused by iron overload, for the sake of patients and because early diagnosis can significantly reduce costs. Even the treatment for iron overload – a relatively straightforward process of bloodletting called venesection – can benefit the NHS, by providing much needed supplies of donated blood. I’m grateful to Mark Pawsey for chairing the new APPG, and I look forward to working with him and the other MPs involved over the coming months.”

Minutes of the first APPG meeting are available here.