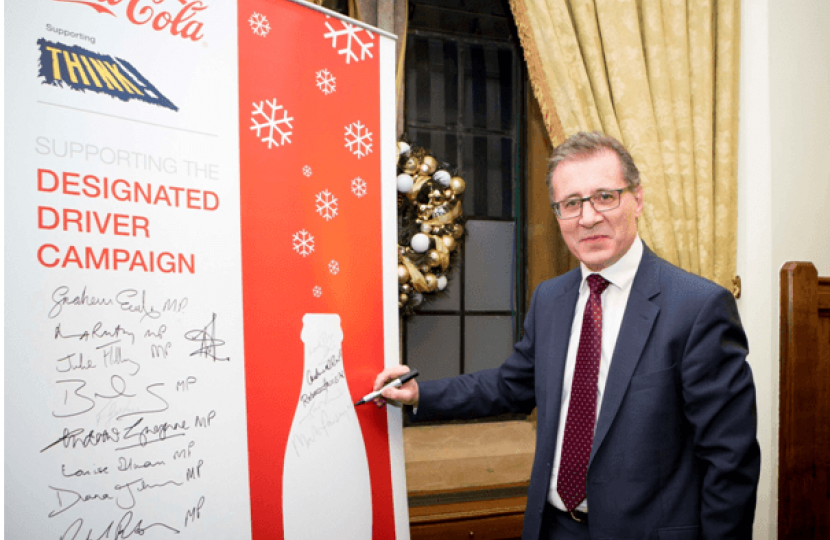 Rugby MP Mark Pawsey invites Rugby designated drivers to claim their reward for keeping the roads safe this Christmas. As part of a national campaign run by Coca-Cola in partnership with the Department for Transport’s THINK! campaign, designated drivers can enjoy a “buy one, get one free” offer on Coca-Cola, Diet Coke and Coca-Cola Zero as they celebrate the festive period in local pubs and bars.

Now in its sixth year, the campaign will run in over 8,000 pubs and venues up and down the country. The programme will run for three weeks from 9th to 31st December 2013 in pubs across Rugby and all over the country, as part of an ongoing partnership with the Department for Transport’s THINK! road safety initiative.

“Designated drivers play a vital role in making sure the roads are safe for everyone and this is so important all year round not just during the busy festive period.”

“It is safer not to drink at all before getting behind the wheel, and so I am delighted to encourage people to act as designated drivers and with free soft drinks they can celebrate the festive period and also help to get their friends and family home safely.”