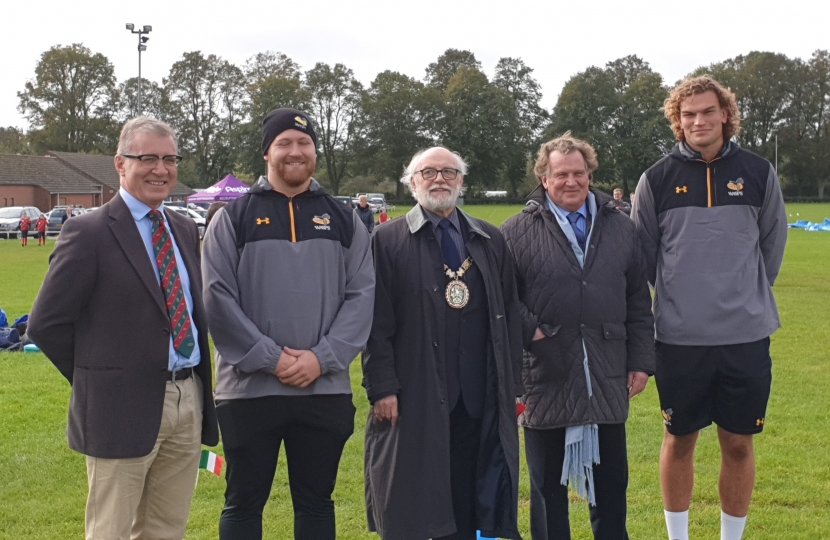 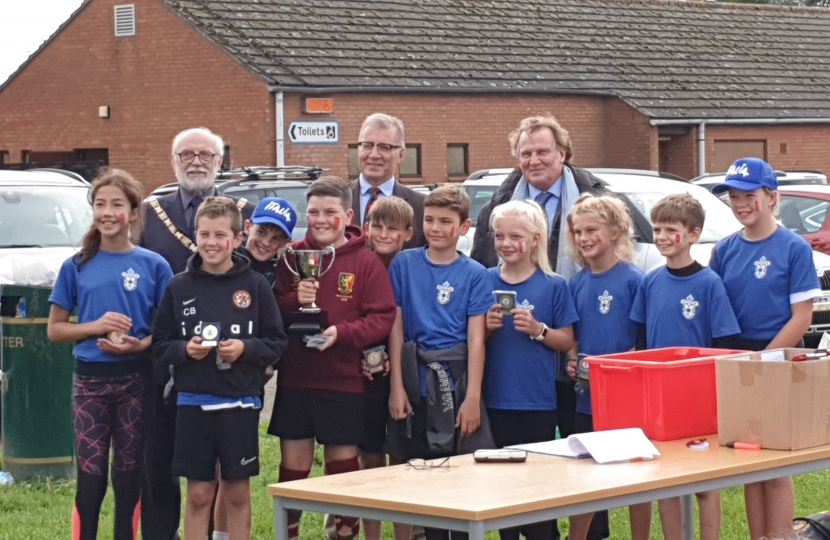 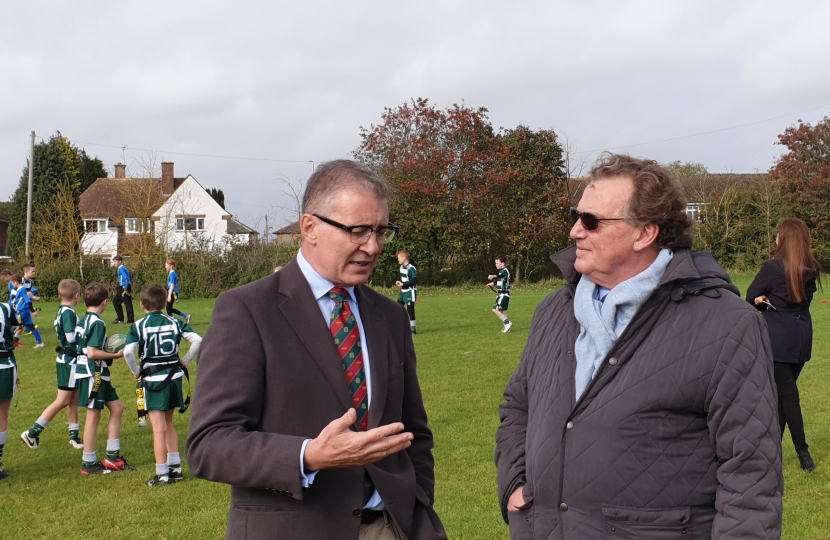 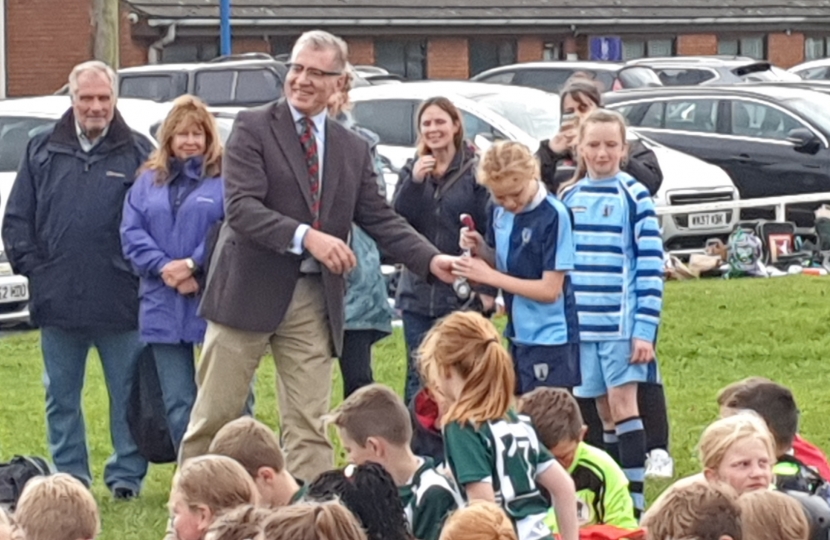 160 Schoolchildren from 16 schools across Rugby were joined by dignitaries from near and far, including the Ambassador of Argentina, to celebrate the Rugby World Cup during a special Touch Rugby tournament hosted at Andrews Rugby Football Club.

The tournament was organised by Nigel Higgs, who teaches at St Marie’s Catholic Primary School, and saw each team paired with a nation competing in Japan to represent at the friendly competition. By doing this, each school learned more about the culture, customs and history of the countries taking part. To ensure that the games ran smoothly, players and coaches from Wasps Rugby Football Club were on hand to help referee and give tips to the children taking part.

To support the celebrations, Nigel had enlisted the help of local MP Mark Pawsey, who contacted the embassies of all the countries represented by the schools taking part, asking them to support the tournament by sending though promotional material which the schools could use. Not only did the embassies do this, but the Argentinian Ambassador, Carlos Sersale di Cerisano, visited Rugby to take part in the celebrations. The Ambassador was joined by Mark and the Mayor of Rugby, Cllr Bill Lewis, to watch the games and present prizes to the children taking part. The Ambassador also visited Rugby School and the World Rugby Hall of Fame during his visit to our town.

“I would like to thank all of the teachers, pupils and schools who took part in the Rugby World Cup Tag Competition. It was wonderful to see the children with their flags, banners, drums and faces painted and everyone enjoying the atmosphere of the competition.  The standard of Rugby was excellent, and all the children should be proud of their achievements.  Congratulations to Dunchurch Junior School who were the overall winners.”

“Sport is such a great way to bring people together and I think it’s brilliant that in the birthplace of the game, local school children have had this opportunity to play the game and learn more about the nations taking part. It was really obvious to everyone there just how much the youngsters were enjoying themselves, but also how much good teamwork and sportsmanship was encouraged by all those taking part. I am delighted that Ambassador Cerisano had the opportunity to come and see how Rugby is celebrating the 2019 Rugby World Cup.”

“Special thanks also should go to Nigel Higgs, who has worked tirelessly to organise this competition for every Rugby World Cup since 1999. I know that it is a highlight for all the schools and children taking part and it was great to see such a positive atmosphere on the day.”

“Rugby is a superb sport and it was great to see it played in the town of Rugby, where the sport was born. Therefore, during the World Rugby Cup, I really enjoyed participating in the tournament organised by Nigel Higgs, a teacher at St Marie’s Catholic Primary School and supported by MP Mark Pawsey and the Mayor of Rugby, Cllr Bill Lewis, who were excellent hosts. I really thank them for the warm, participatory, friendly and instructive journey I had at Rugby on October 4th. On behalf of Argentina, a rugby country itself, I give my thanks to Mark Pawsey MP and the Mayor of Rugby, Cllr Bill Lewis, for having me at this wonderful journey.”