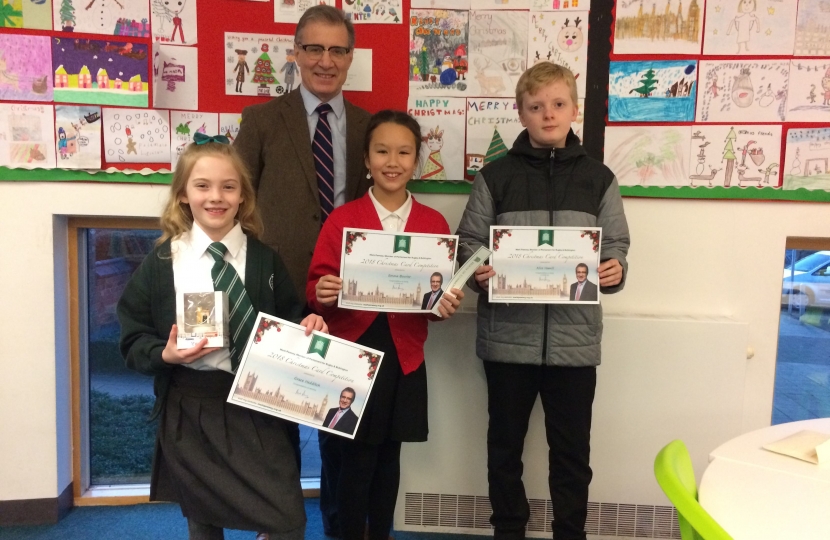 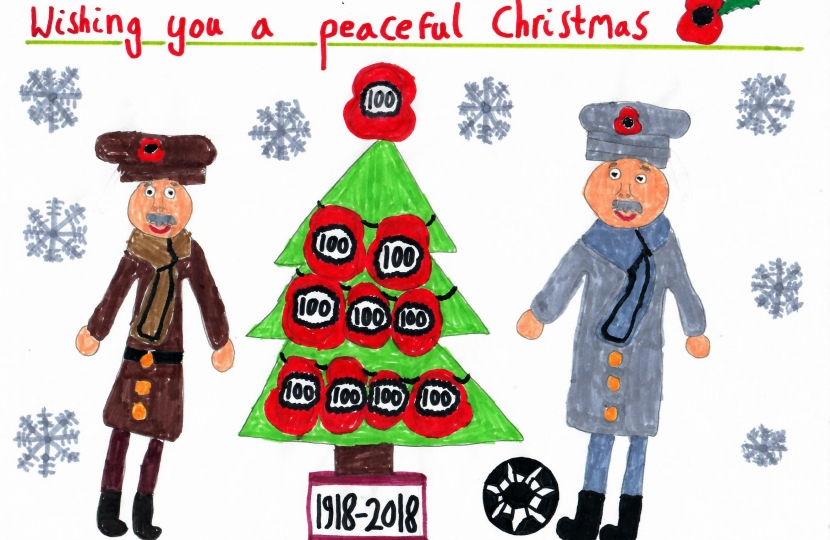 Rugby MP Mark Pawsey has announced the winner of his design a Christmas card competition for 2018.

His competition was as popular as ever this year with over 150 entries from schools across Rugby. This year’s winning picture, chosen by Mark and his family, was designed by Grace Hedditch, aged 7, from Bilton Junior School.

Grace, along with the three runners up whose pictures are featured inside Mark’s card, joined him for a presentation ceremony at the Rugby Library last Friday where all of the entries have been displayed throughout December. Mark presented each of the winners with a special prize from the House of Commons and a certificate to commemorate their achievement.

As the winner of the competition Grace also won a visit to Westminster, where she and her family will be treated to a tour of the Palace of Westminster and Tea on the Terrace with Mark.  Mark’s Christmas card featuring Grace’s design has been delivered to local organisations, businesses, charities and community groups throughout Rugby and Bulkington.

“This year I was incredibly impressed by the range of designs I received from across Rugby. The quality is always very high and this year was no exception. Every child who entered my competition should be proud and all of the designs have been on display for local residents at Rugby Library throughout the Christmas season.”

“Every year it is really challenging to choose a winner, but Grace’s design which commemorates the centenary of the end of First World War is very timely. It is a really nice picture and the message of wishing everyone a peaceful Christmas is one which I think is particularly relevant this year.”