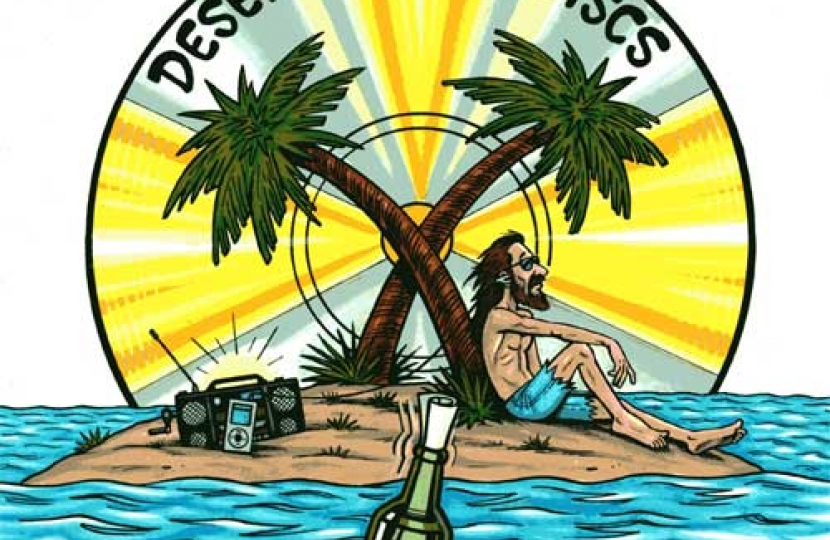 Mark was invited to participate in the event by the church along with Rugby Mayor Cllr Tony Gillias and Rugby School Head teacher Patrick Derham.

Speaking after the event Mark said:

“I was delighted to attend St Andrew’s Desert Island Discs event last week which was part of a running schedule of regular events held at the church at 7.30pm on Friday evenings to celebrate local talent in music, drama and the arts.”

“I chose five songs on the night and each of them is special for me in its own way. The first was ‘I Gotta Feeling’ by the Black Eyed Peas. This was my campaign song for the General Election in 2010, when I became Rugby’s MP, and was played at full volume on a permanent basis in my election ‘battle bus’! Surprisingly, despite having heard it so many times, I still enjoy it when it comes on the radio! I also chose ‘Invisible Touch’ by Genesis which reminds me of my university days in Reading and ‘Stairway to Heaven’ by Led Zeppelin which always takes me back to my days as a student at Lawrence Sheriff. I can also testify to Led Zeppelin’s enduring popularity having witnessed my son Tom’s excitement at meeting  Jimmy Page in Westminster not long ago!

My last two songs were ‘Goodnight Saigon’ by Billy Joel which highlights the dangers people are exposed to in war and always reminds me of coverage of the Vietnam War when I was growing up and last but not least ‘World In Union’ by Hayley Westenra. ‘World In Union’ reminds me of my visit to New Zealand in 2011 for the Rugby World Cup and of the opportunities we have here in Rugby for the 2015 tournament.”

“It was a great night and I am thankful to St Andrew’s Church for inviting me to take part. I hope that people are able to get along to one of the regular Friday night events to support our local artists and musicians and I know that if they do they will not regret it.”