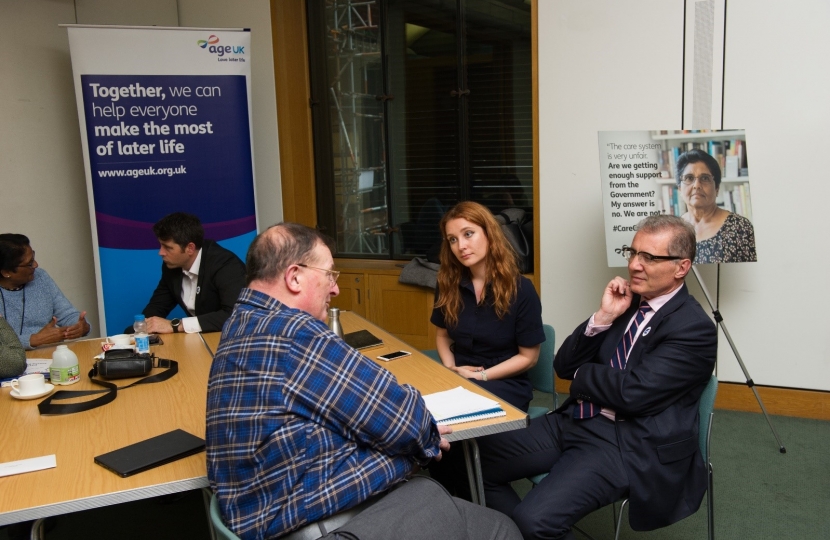 Local MP Mark Pawsey has pledged his support to unpaid carers across Rugby and Bulkington as part of Carers Week 2019, running from 10-16 June.

Carers Week is a national awareness week that celebrates and recognises the vital contribution made by those caring unpaid for someone living with an illness, disability, mental health condition or as they grow older. Research released for Carers Week suggests there could be many more people than previously thought acting as unpaid carers to their family and friends - as many as 8.8 million adult carers across the UK.

Mark attended an event in Parliament, which was supported by Age UK, to celebrate the valuable contribution carers make locally.

The seven charities driving Carers Week 2019 are calling on individuals, organisations and services throughout the country to improve the lives of carers by getting carers connected to practical and financial support and are calling for a step change in the way society supports those caring unpaid for family and friends.

The call comes after new research revealed that one in three unpaid carers (35 per cent) are always or often lonely, compared with just one in twenty (five per cent) of the general population.

“Carers make a huge contribution to our society, providing vital and often hidden support to friends and family members. That is why I am supporting Carers Week 2019 and encouraging individuals and organisations across Rugby and Bulkington to think about what more they can do to get carers connected to support and ensure carers feel valued and supported.”

“Age UK do remarkable work here in Rugby with carers, providing them with invaluable support and assistance. I know from speaking with local carers and charities that although caring for family or friends can be a rewarding experience, without the right support it can also have a huge impact on carers’ lives. I spoke about Young Carers in Parliament recently as it is not widely known that so many carers are children and young people. It is vital that everything possible is done to support them and to ensure that they can live their own lives as they care for a loved one.”