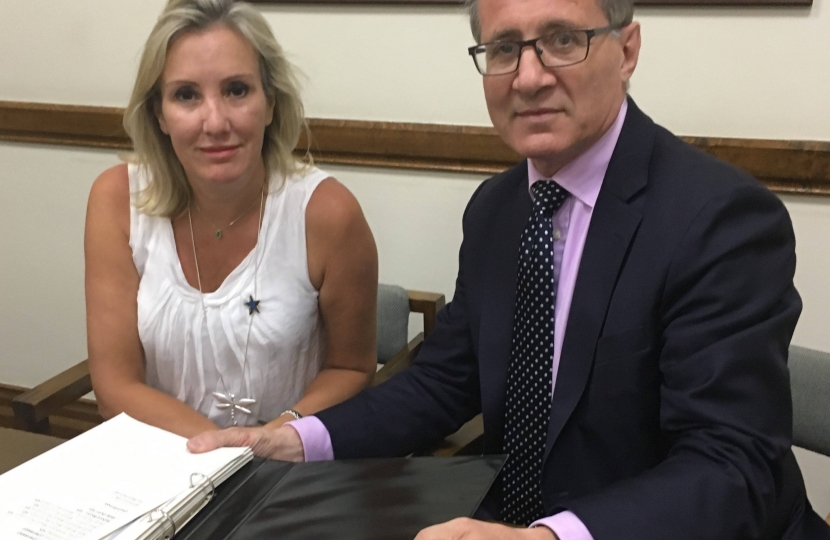 Rugby MP Mark Pawsey has lent his support to a campaign by charitable organisations throughout the country, including local charity New Directions, to solve the ‘Sleep-In’ Payments crisis.

Up until July 2017, employers were funded by the Local authorities and the NHS at a level to enable them to pay a flat rate to those working ‘sleep-ins.

A ruling from an Employment Appeal Tribunal has ruled that if a carer is required to be present through the night, and that there is an agreement between parties that the carer would work in the night if needed, then this period counts as working time and should be paid accordingly. Furthermore, the ruling has found that employers who were previously funded to pay a flat rate could be liable for up to 6 years of back pay which is at a significantly higher rate than that already paid to employers to pass onto their employees.

The Solve Sleep Ins Alliance were in Parliament last week to raise this issue with Parliamentarians. Mark joined those working in the care sector and those who rely on their services to discuss with them how best to support the care sector by solving Sleep Ins. Mark has also met with Government Ministers, including Health Minister Caroline Dinenage MP and the Prime Minister, Theresa May, to stress the importance of supporting these vital services.

“The challenges to the care sector as a result of Sleep In payments was drawn to my attention by New Directions, a charity here in Rugby that does great work with some of the most vulnerable in our community. Since meeting with Doreen Woodward, Chief Executive of New Directions, I have worked with a number of my colleagues in Parliament to raise this issue at the highest levels of Government, including meeting with the Prime Minister, Theresa May to urge her to support these vital organisations.”

“Care workers do an amazing job in our community and it is absolutely right that they are paid fairly for the work which they do. However, the decision that employers are liable for up to six years of back pay to those working sleep-in shift will be devastating for businesses and charities. Whilst I welcome the Government’s decision to waive financial penalties for those employers who were found to have underpaid, it is clear that the care sector needs further support in order to continue to deliver the valuable services which they provide.”

“Employers and charities like New Directions in Rugby are in an impossible situation as we may have to pay 6 years arrears in staff sleep in wages, when we did not receive this level of funding in the first place.  For some employers this could run into millions of pounds and threaten the sustainability of their organisation through no fault of their own.”

“Following the Solve Sleep Ins Alliance’s Parliamentary event I have also met with Caroline Dinenage MP, the Health and Social Minister to further discuss with her the need for an urgent resolution to this issue. It is vital now that the Government intervenes to support charities such as New Directions so that they can continue to provide the services which so many in our community rely on.”