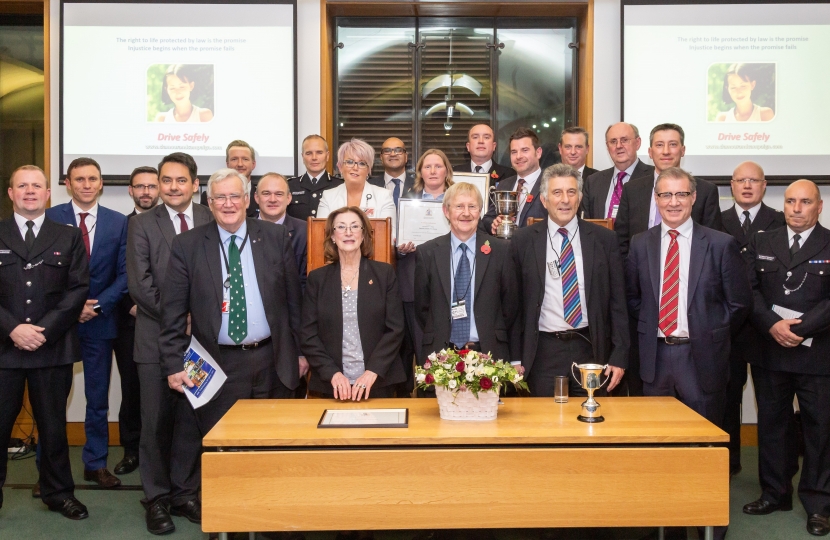 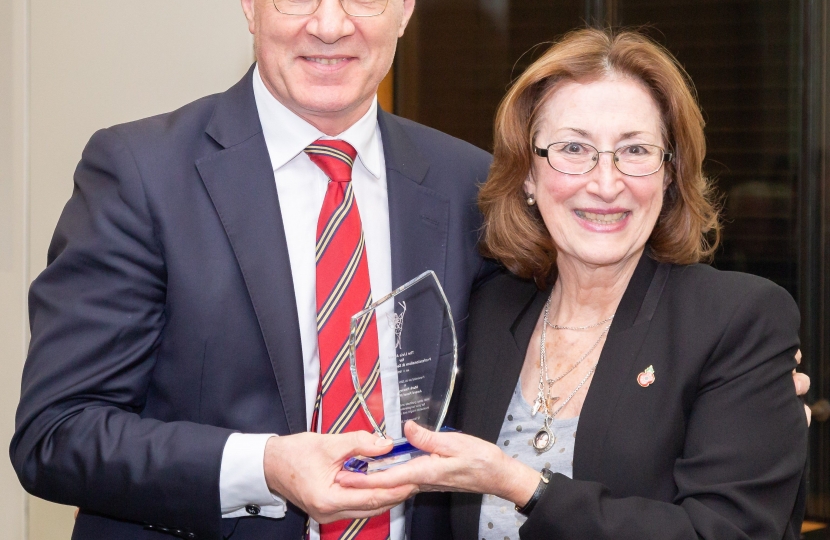 The Livia Award was established in 1999 by George and Giulietta Galli-Atkinson following the death of their daughter Livia who was killed in Enfield by a driver who mounted the pavement where she was walking. The nominations for the award are judged by an external and independent panel of seven individuals, including MPs. Mark has been a member since 2012, after George and Giulietta moved to Rugby in the previous year and asked for his support.

This year Detective Constable Charlie Pulling, who worked in the MPS Roads and Transport Policing Command’s Serious Collision Investigation Unit, NE Sector, was this year's winner of the Livia Award for Professionalism and Service to Justice. He was presented with the trophy and the Prime Minister’s message of congratulation at a ceremony in Westminster alongside Police Sergeant John Harrison, who received the Livia Highly Commended Certificate signed by the Prime Minister.

“The work of George and Giulietta is truly inspirational and they have been able to use what is an unimaginable tragedy for any family – the death of their daughter – not only to campaign for greater road safety, but also to recognise the outstanding work of the police in solving these crimes. It has been an honour to have taken part in the Livia Awards over the past 6 years and I, alongside the other panellists, were humbled to be presented with a memento by George and Giulietta in thanks for our work on the panel.”

“While the Livia Award is presented to MPS road collision investigators and FLOs because of the circumstance of our daughter’s death in London, its ethos and encouragement to provide outstanding service to innocent victims and bereaved families applies nationwide. So too does the award’s wider focus on common national issues of road safety, enforcement and tougher penalties for killer drivers. We are very grateful for the support Mark, and his colleagues in Parliament, have given to the Livia Awards and for calling on the Government to implement the much needed tougher penalties for killer drivers.”