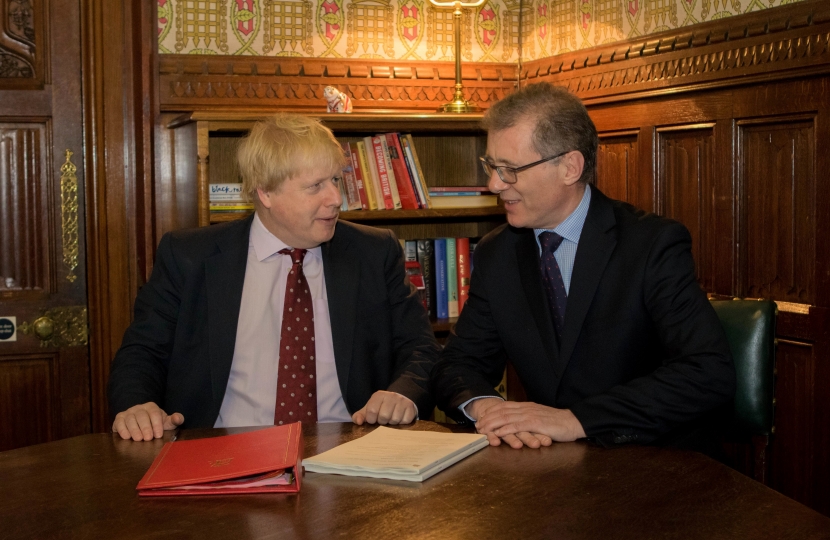 On 12th December Rugby and Bulkington residents will vote in a General Election which will define the future of our country. The choice is clear. A vote for the Conservatives means leaving the European Union with a good deal; a vote for any other party is a vote that could stop Brexit.

Since the result of the referendum in 2016 I have been always clear that the decision of the British people to leave must be respected. On every occasion that the House of Commons has voted on leaving with a deal, I have supported it. Since Boris Johnson was elected as our Prime Minister earlier this year, I have supported his negotiations for a new deal. I opposed the Benn Act and the Letwin Amendment which handed power to the European Union to determine the basis on which we would leave. It is this which has helped to create the present paralysis.

At this election a vote for me to ensure that Rugby and Bulkington retains a Conservative MP is a vote to get Brexit done. Only by getting Brexit done will we be able to move on and focus on the priorities of local residents.

At Prime Minister's Questions I spoke about Rugby resident Alan Young, who tragically died of cancer last year. His brave 9-year old son Tommy wrote to the Prime Minister asking for hospices such as Warwick's Myton Hospice - who provided care for Alan - to receive the support they need.