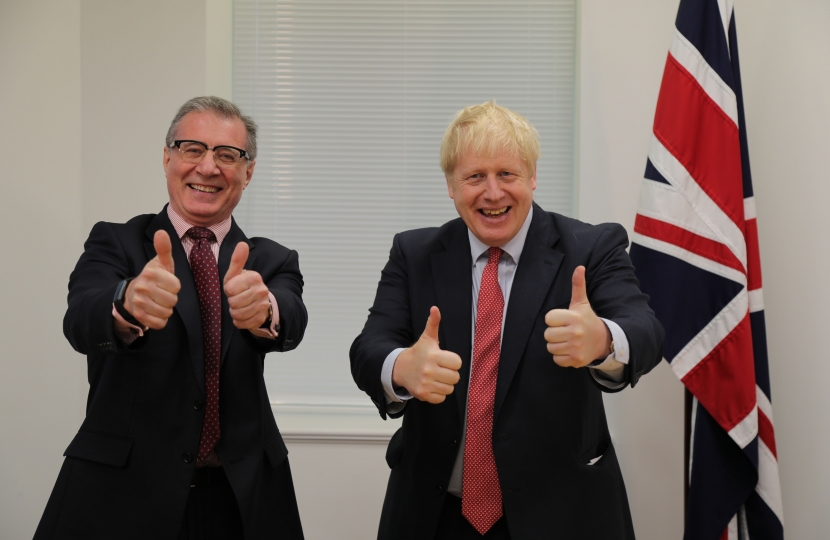 Following his decisive re-election in the General Election, Rugby and Bulkington MP Mark Pawsey has thanked local residents for once more placing their trust in him.

The overall result of the election gave the Conservative Party, led by Boris Johnson, an 80-seat majority in the House of Commons.

Speaking after the count, Mark said:

“I am tremendously grateful to the people of Rugby and Bulkington for once more placing their trust in me to represent them in Parliament. This election has been dominated by the paralysis in Parliament over the past years, and the need to Get Brexit Done. But I also know that local residents want to see Boris Johnson’s one nation Conservative Government on their side - backing our NHS and our schools, tackling climate change and bringing the country together as we move forward with leaving the European Union.”

“I will continue to stand up for constituents of Rugby and Bulkington in Parliament to ensure that our area gets its fair share throughout this Parliament. I will also continue to make the case for the thousands of great businesses that are based here so that they can take advantage of the opportunities Boris Johnson’s one nation Conservative Government will create. That work begins now as Parliament returns this week to pass the Withdrawal Agreement Bill and embark on the next stage of our relationship with the European Union.”

“I would also like to take this opportunity to wish everyone in Rugby and Bulkington a very Merry Christmas and a Happy New Year.”

Businesses in Rugby put their views on the Government’s response to the Coronavirus outbreak to MP Mark Pawsey on a video conference organised by the Coventry and Warwickshire Chamber of Commerce.