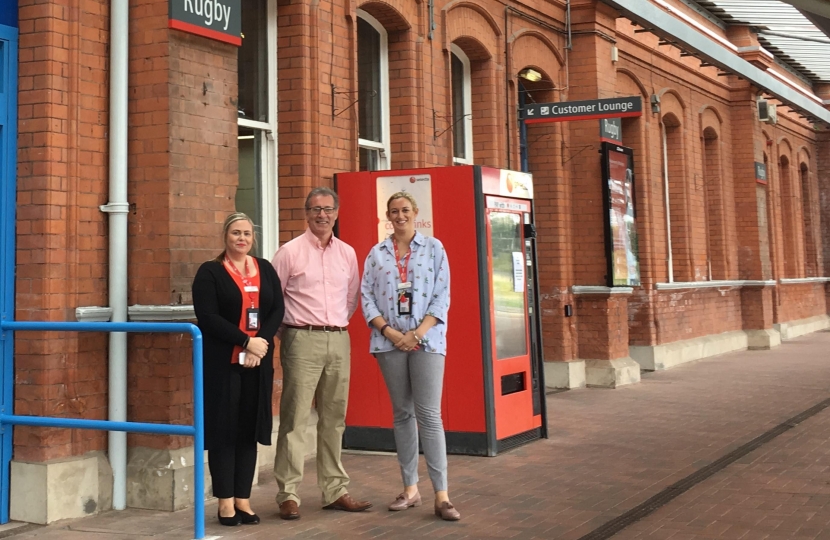 Rugby MP Mark Pawsey has asked the Transport Secretary to ensure that any delays to HS2 do not have a negative impact on the services at Rugby Station.

Speaking during an urgent question to the new Secretary of State for Transport, Grant Shapps, Mark asked what the impact of a delay or cancellation to HS2 would be on the West Coast Main Line, which serves Rugby Station. The questions in Parliament were prompted by the recent announcement that the Government is to review HS2 amid concerns about the cost of the project.

The Transport Secretary confirmed that, following the refranchising of the West Coast Main Line, there should not be any direct effect on services to Rugby regardless of the outcome of the HS2 review. Starting later this year, services on the West Coast Main Line will be operated by First Trenitalia rather than Virgin Trains, who are planning to introduce additional services at Rugby as part of improvements to the London to Liverpool service.

Speaking after his question in Parliament, Mark said:

“One of Rugby’s greatest strengths is our excellent transport links, particularly to London and Birmingham. Rugby Station, with it’s regular and fast connections to the capital is a real advantage for people living here, and one of my concerns about the proposals for HS2 was that it would have a detrimental impact on the services we enjoy here.”

“Along with many other Rugby residents, I use the train on a regular basis for work so having a reliable service is essential. One thing that many people have commented on to me is that they would like to see more services to the north, and I am very pleased that the new operator, First Tenitalia, have committed to deliver more services which will stop at Rugby, continuing to improve our local transport connections.”

“It is absolutely right that the Government looks carefully at major projects such as HS2 to ensure that they are delivering value for money for taxpayers. However, this review must not come at the cost of investing in other parts of the rail network and I will continue to argue for more services in Rugby.”

The full Hansard transcript of the Urgent Question on HS2 is available at: