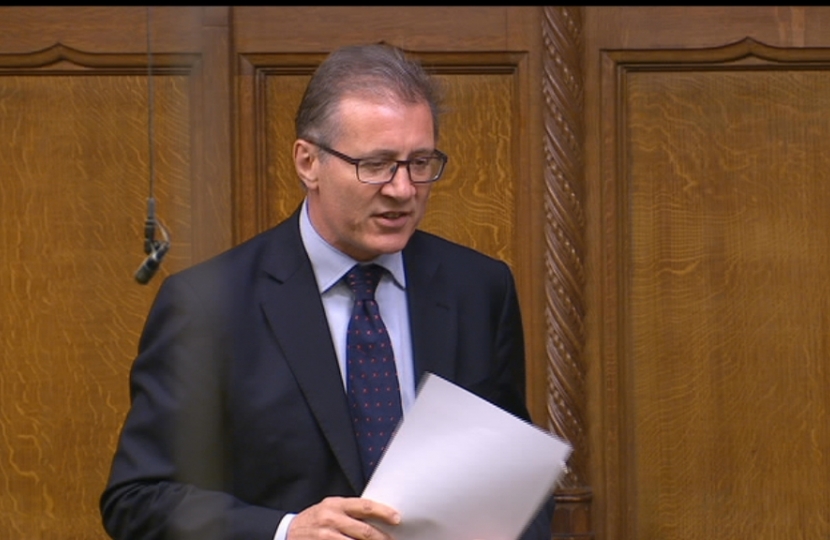 Rugby’s MP, Mark Pawsey, spoke about the importance of the West Coast Main Line to Rugby residents during a Westminster Hall debate last week on the consultation for the new franchise.

The debate offered a number of MPs, including Mark, the opportunity to raise their concerns and the concerns of their constituents over the future of the West Coast franchise. The new franchise will begin in 2018 and will look to build on the improvements that have been made to the service in recent years.

A public consultation event will be held at Rugby Station at 3pm on Thursday 23rd June for interested residents.

“One of Rugby’s great strengths is our fantastic transport links. Alongside many local commuters, I travel to and from London on the train each week so I understand the importance of ensuring that the new franchise delivers the service we need. I hope that in the future, we will see further investment in Rugby station and in particular the parking and road facilities nearby, which are a source of frustration for commuters and residents alike.”

“I am very pleased that consultations regarding the future of the West Coast Main Line have begun well in advance of the franchising period. This will ensure that the process is thoroughly checked and a full consultation is held between service providers, local residents and rail users. Rugby is very fortunate to have an active and committed rail users group, who I have had the pleasure of meeting on a regular basis during my time as Rugby’s MP, and I know that they will continue to campaign for even better services at Rugby station.”

“An efficient West Coast Main Line is vital to Rugby’s growing economy. While we have been well served by the existing operator in recent years, it is vital to make certain that the new franchise will enable local residents to continue to enjoy a good service, and good facilities, on the line.”

“Rugby Rail Users Group Users' Group welcomes Mr Pawsey's contribution regarding the future of our West Coast Main Line. It's very important to Rugby and has lots more to offer. Please join us at the consultation event at the station on Thursday afternoon if you can.”