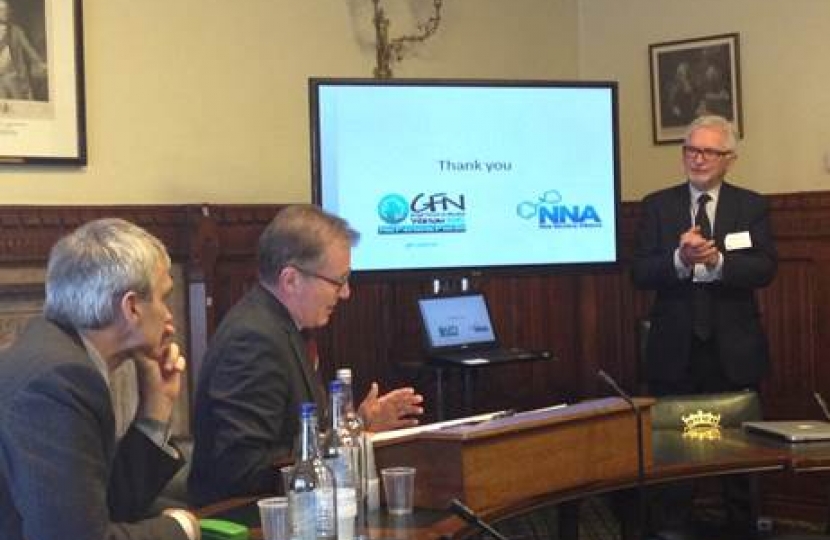 E-cigarettes have the potential to provide significant public health benefits but are being ignored by the majority of public health professionals, according to experts speaking at an E-Cigarettes All Party Parliamentary Group (APPG) meeting, which is Chaired by local MP Mark Pawsey, in Westminster last week.

Professor Riccardo Polosa, Director of the Institute for Internal Medicine and Clinical Immunology of the University of Catania in Italy explained that e-cigarettes not only provide harm reduction, but also harm reversal.

Dr Polosa said: “The scientific research I have undertaken is supportive of beneficial effects of e-cigarettes use in health and disease. I remain convinced that e-vapour products are at least 96% less harmful than conventional cigarettes.

“Research proves that e-cigarettes help make lungs less twitchy in those who have had asthma and in fact there was an improvement in 65% of asthmatics surveyed.

“The emerging evidence is that e-cigarettes use can reverse harm from tobacco smoking and should be taken into consideration by regulatory authorities seeking to adopt proportional measures for the category.”

Professor Gerry Stimson is Director of Knowledge-Action-Change, holds an Emeritus Chair at Imperial College and is Visiting Professor at the London School of Hygiene and Tropical Medicine. He has advised the UK Government, World Health Organization, UNAIDS, UNODC, World Bank and others on issues relating to drugs and addiction. He was a member of the National Institute for Health and Care Excellence working group that recently prepared guidelines on tobacco harm reduction.

Professor Stimson believes that e-cigarettes are likely to have the biggest impact on smoking cessation in the UK and beyond.

He said: “E-cigarettes are going to have a far bigger impact on public health than any other tobacco control product ever produced and are a benefit to public health. Their potential impact is being much under-rated by public health professionals.

“It is wrong to overly focus on very small potential risks when we already know the huge public health benefits from replacing tobacco use with e-cigarettes.  Now we need strong and courageous public health leadership to seize the opportunity.”

The APPG is being run by Mark Pawsey MP (Rugby) and a group of 30 other MPs and Peers.

Mark Pawsey MP said: “I established the APPG along with a number of my Parliamentary colleagues as we all believe that this growing industry requires further analysis and scrutiny by law makers. We need to look at all sides of the argument and use the scientific evidence available to us to better understand what potential benefits these devices may have from a public health perspective.”

Mark continued: “There is compelling scientific research, much of which was outlined at the recent E-Cigarettes APPG meeting, which confirms what a growing number of politicians are now coming to understand – that there is strong evidence that EVPs do provide benefits for public health. From a Government perspective this is a developing area of policy. The risks and benefits of e-cigarettes must be fully considered, with all available evidence being strongly monitored and reviewed, and this is the central aim of the APPG.”