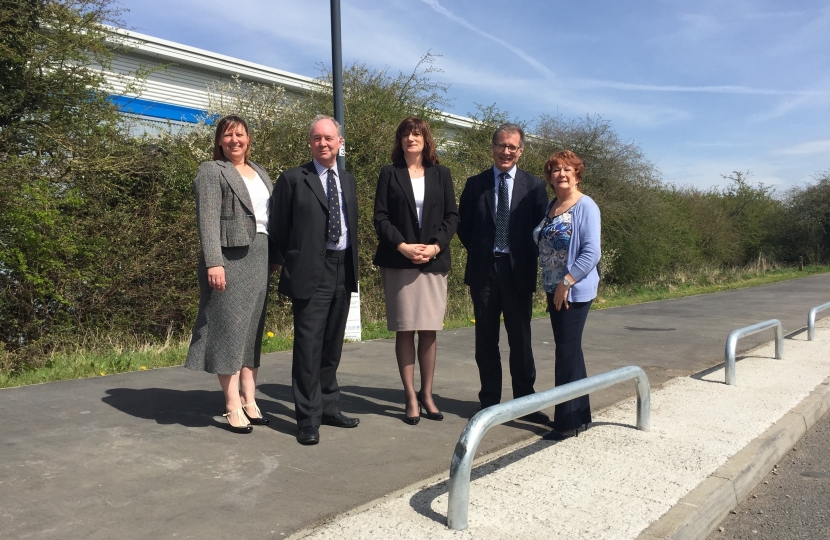 As part of a recent Government consultation on reforming legislation relating to gypsy and traveller encampments, Rugby MP Mark Pawsey has joined with over 60 Conservative MPs to urge the Government to adopt the so-called ‘Irish Option.’

This approach, which has been implemented in the Republic of Ireland, would see deliberate acts of trespass by gypsy and traveller groups automatically treated as a criminal offence. Councils would also be required to establish at least one official transit site. Under current guidance, the powers local authorities have to deal with unauthorised encampments are limited in scope or require recourse to the courts system.

Alongside 61 other Conservative MPs, including 5 former Cabinet Ministers, Mark has written to the Secretary of State for Housing, Communities and Local Government, the Rt. Hon. James Brokenshire MP to ask him to consider introducing additional powers which the police could use at their discretion to deal with unauthorised encampments, whether on public or private land.

“The vast majority of travellers obey the laws of the land and make a contribution to our community. Regrettably, however there are a small but determined number who consistently flout the law and in doing so, can cause misery to the settled community. I have worked closely with residents, businesses and the local authorities throughout the constituency to try and address the concerns caused by unauthorised encampments however it is clear that further action is needed.”

“There are a number of sites within the constituency which have been adversely impacted by unauthorised traveller encampments. A particular area of concern was near the Rugby Free Primary School where, working with parents, the school and both Warwickshire County Council and Rugby Borough Council, we were able to secure measures to prevent unauthorised encampments near the school. However, there are other areas of the constituency where unauthorised encampments can still cause great distress and I am also mindful of the decision taken by Rugby Borough Council to close their public car parks when travellers are nearby, which can cause great inconvenience to local residents.”

“As the consultation has now concluded, I will be watching the Government carefully to see what proposals they bring forward. Along with my colleagues I will also be seeking a meeting with the Secretary of State to further discuss what steps the Government can take to ensure that the law is applied equally and fairly to all."