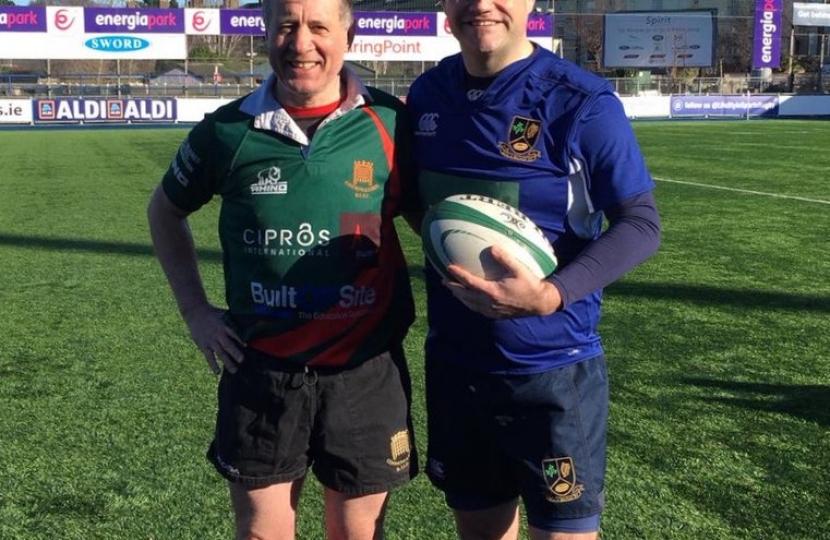 Rugby MP Mark Pawsey joined colleagues from across Parliament on the rugby pitch in Dublin last weekend for the first game of the Parliamentary 6 Nations 2019.

The tournament, which runs in parallel to the 6 Nations Internationals, sees teams from the Houses of Parliament, Welsh Assembly, Scottish Parliament, Irish Dáil and French Parliament compete against each other in a series of friendly matches ahead of the international fixtures. The Commons and Lords, who play alongside England, began this year’s campaign against the Irish Dáil & Seanad XV.

Although the Commons and Lords were defeated by their Irish counterparts, England fans had the better of the International fixture which saw England make a great start to their 6 Nations campaign by defeating the defending champions 32-20.

“It’s always a great pleasure to join colleagues from our Parliament and our international counterparts on the rugby pitch – though this time in Ireland we played on an artificial pitch rather than a grass pitch! Congratulations go to the Dáil & Seanad XV who were the better team on the day.”

“As well as playing a great game of Rugby, these matches are an excellent opportunity to build links between our different parliaments in an informal and relaxed setting. It enables us to not only discuss some of the challenging issues we all face at the moment, but also bond over a shared love of the game of rugby and create friendships.”

“As well as playing rugby, we also work together to raise funds for worthy causes. We have previously raised money for Hitz, the longest running UK Sport for Development Project. They work with young people not in education, training or employment (NEET) back into education, training, apprenticeships and/or employmen and currently runs just down the road from Rugby with Wasps Rugby Football Club.”