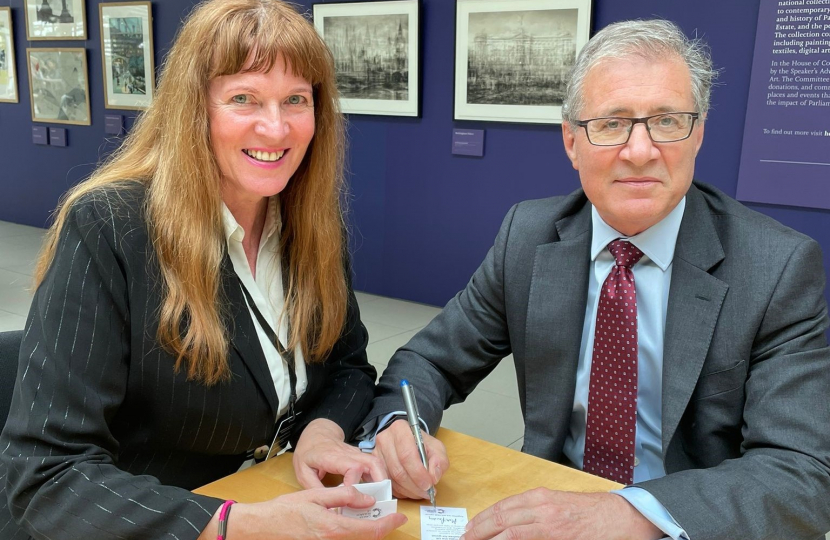 Cancer Research UK, one of the leading cancer charities in the world, held its annual Parliament Day in July which saw their ambassadors from across the UK travel to Westminster to meet with MPs and discuss smoking statistics. Despite years of reduction in smoking rates, it remains the biggest preventable cause of cancer in the UK. In order to end these preventable diseases and deaths, Cancer Research UK has launched Smokefree 2030 – working towards a future where smoking in the UK is history.

At the Parliament Day, Mark met with Hillmorton resident Fiona Sewell who is a passionate and longstanding ambassador for Cancer Research UK. They discussed the importance of ending smoking in the UK, as well as local statistics for smoking in Rugby & Bulkington, and the work which Government and the NHS can do to further reduce smoking and help people live healthier lives.

“It was a pleasure to meet Fiona again in Parliament and talk to her about the important Smokefree Britain campaign which Cancer Research UK have launched. This is an issue which I am extremely supportive of, and I’ve worked alongside colleagues in Parliament through the All-Party Parliamentary Group for Vaping to highlight the role which vaping can play as a smoking cessation tool. There are a number of ways in which we can reduce smoking, and the harm caused by tobacco in particular, and it was great to hear from Fiona the ways in which Cancer Research UK hope to bring about a Smokefree Britain.”

“Although there has been a lot of work to reduce the number of people who smoke, tragically according to Cancer Research UK smoking still causes around 150 cases of cancer every day. This affects not just those who smoke, but also causes harm through passive smoking and is estimated to cost the NHS £2.4 billion per year. That’s why it’s vital that we support the work of Cancer Research UK and I look forward to the continued work of the Government on the updated Tobacco Control Plan which will be published later this year.”