Calling on Prime Minister to back investment in manufacturing 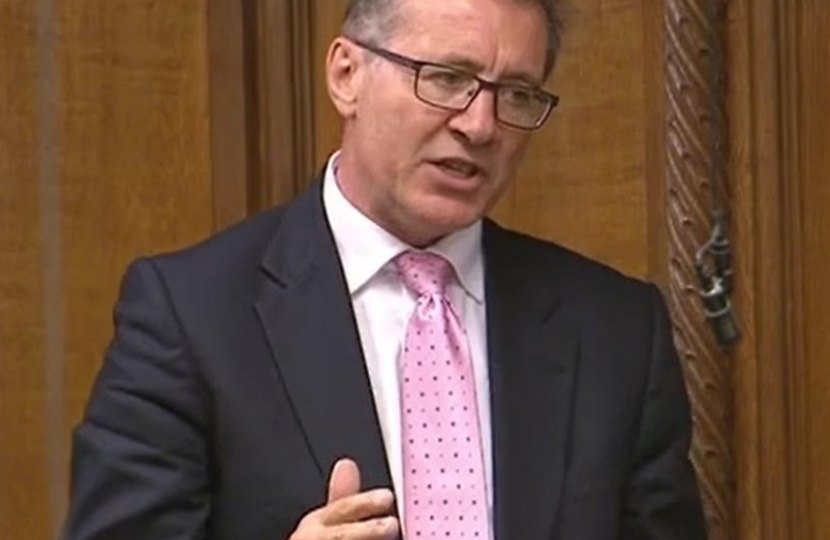 Britain’s Prime Minister, Theresa May MP, was pressed on the value of international investment for the town of Rugby by local MP Mark Pawsey.

Speaking in her reply, the Rt. Hon. Theresa May MP, the Prime Minister, spoke about the importance of encouraging companies to take advantage of the manufacturing excellence in the UK. This is demonstrated by the investment in Jaguar Land Rover which has been part of the resurgence in the UK automotive industry.

“Manufacturing excellence is vitally important both to Rugby and to the West Midlands. We have great opportunities over the coming years to encourage cutting edge investment and development, both from upcoming local entrepreneurs and from international businesses.”

“Rugby has a great history of manufacturing and one that I have been encouraged to see grow during my time as the town’s MP. We have on our doorstep the Manufacturing and Technology Centre at Ansty, which is developing cutting edge new technologies.”

“I was also very pleased with the positive and open talks the Prime Minister has had with her international counterparts at the G20 last week. It is vital that as we look to the future, we make sure that we work closely with our international partners to get the best investment into Britain. Having recently visited China myself as part of a Parliamentary delegation, I know the value of establishing good trading relations with emerging economies and I am pleased with the Government’s commitment to this through the new Department for International Trade."