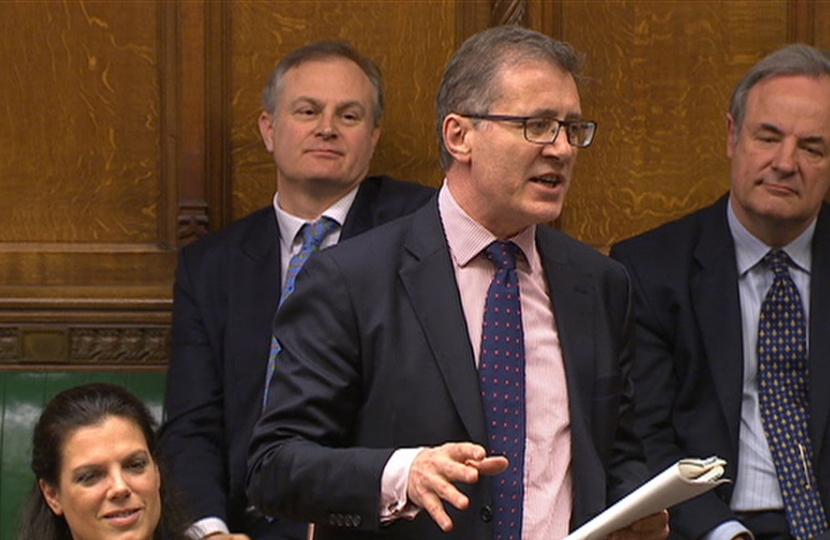 Rugby & Bulkington MP Mark Pawsey has called upon councillors in Coventry and Warwickshire to explore a closer union between their two councils rather than join the proposed West Midlands Combined Authority.

Speaking in the Chamber of the House of Commons recently Mark said:

After raising this issue in the House of Commons Mark added:

“Coventry and Warwickshire are intrinsically linked. The Coventry & Warwickshire LEP has been a huge success bringing together the business sector and local government and proves that both of the two areas are stronger when each works closely with the other. Our economies, our health systems, our public services and our local communities are closely entwined.  I want the people, and local politicians, in Coventry and Warwickshire to reach out to their counterparts and make the case in the strongest possible terms for exploring the possibility of a Coventry & Warwickshire Combined Authority.”

“I believe Coventry & Warwickshire can work in a similar way to those models being explored by councils in the East Midlands, in Derbyshire and Nottinghamshire, where the respective County Councils and District and Borough Councils have come together. Coventry has a choice about how it proceeds and I believe that it’s more natural partner for a Combined Authority is the county of Warwickshire rather than the broader West Midlands.”

“I do not believe that the interests of my home town, and constituency, of Rugby are best served by entering into a West Midlands Combined Authority. Councils across Warwickshire, including Rugby, should be doing all they can to convince Coventry that their future lies with them and not in the West Midlands, as well as speaking with neighbouring authorities in the east where our more natural economic links lie.”